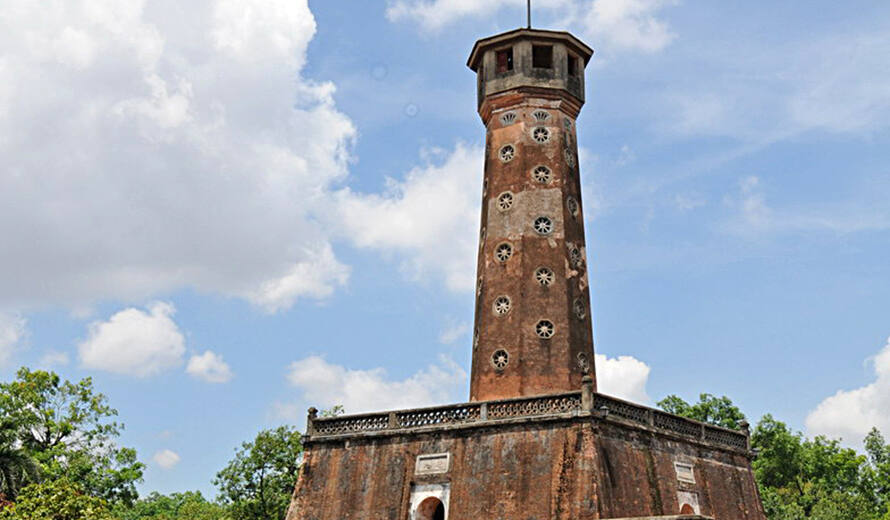 The World Heritage Committee meeting in Brasilia has inscribed new cultural sites in Viet Nam, China, Tajikistan, France, the Netherlands, on the UNESCO World Heritage List. The Committee also agreed to the extension of two cultural properties in Germany, Norway.

The latest cultural sites inscribed include (in order of inscription):

The Thang Long Imperial Citadel has become the 900th site to be inscribed on UNESCO's World Heritage List. The Citadel was built in the 11th century by the Ly Viet Dynasty, marking the independence of the Dai Viet. It was constructed on the remains of a Chinese fortress dating from the 7th century, on drained land reclaimed from the Red River Delta in Hanoi. It was the centre of regional political power for almost 13 centuries without interruption. The Imperial Citadel buildings and the remains in the 18 Hoang Dieu Archaeological Site reflect a unique South-East Asian culture specific to the lower Red River Valley, at the crossroads between influences coming from China in the north and the ancient Kingdom of Champa in the south.

Historic monuments of Dengfeng, in the "Centre of Heaven and Earth" (China)

Mount Songshang is considered to be the central sacred mountain of China. At the foot of this 1500 metre high mountain, close to the city of Dengfeng in Henan province and spread over a 40 square-kilometre circle, stand eight clusters of buildings and sites, including three Han Que gates - remains of the oldest religious edifices in China -, temples, the Zhougong Sundial Platform and the Dengfeng Observatory. Constructed over the course of nine dynasties, these buildings are reflections of different ways of perceiving the centre of heaven and earth and the power of the mountain as a centre for religious devotion. The historical monuments of Dengfeng include some of the best examples of ancient Chinese buildings devoted to ritual, science, technology and education.

Sarazm, which means "where the land begins", is an archaeological site bearing testimony to the development of human settlements in Central Asia, from the 4th millennium BCE to the end of the 3rd millennium BCE. The ruins demonstrate the early development of proto-urbanization in this region. This centre of settlement, one of the oldest in Central Asia, is situated between a mountainous region suitable for cattle rearing by nomadic pastoralists, and a large valley conducive to the development of agriculture and irrigation by the first settled populations in the region. Sarazm also demonstrates the existence of commercial and cultural exchanges and trade relations with peoples over an extensive geographical area, extending from the steppes of Central Asia and Turkmenistan, to the Iranian plateau, the Indus valley and as far as the Indian Ocean.

On the banks of the Tarn river in south-west France, the old city of Albi reflects the culmination of a medieval architectural and urban ensemble. Today the Old Bridge (Pont-Vieux), the Saint-Salvi quarter and its church are testimony to its initial development (10th -11th  centuries). Following the Albigensian Crusade against the Cathar heretics (13th century) it became a powerful episcopal city. Built in a unique southern French Gothic style from local brick in characteristic red and orange colours, the lofty fortified Cathedral (late 13th century) dominates the city, demonstrating the power regained by the Roman Catholic clergy. Alongside the Cathedral is the vast bishop's Palais de la Berbie, overlooking the river and surrounded by residential quarters that date back to the Middle Ages. The Episcopal City of Albi forms a coherent and homogeneous ensemble of monuments and quarters that has remained largely unchanged over the centuries.

The historic urban ensemble of the canal district of Amsterdam was a project for a new 'port city' built at the end of the 16th and beginning of the 17th centuries. It comprises a network of canals to the west and south of the historic old town and the medieval port that encircled the old town and was accompanied by the repositioning inland of the city's fortified boundaries, the Singelgracht. This was a long-term programme that involved extending the city by draining the swampland, using a system of canals in concentric arcs and filling in the intermediate spaces. These spaces allowed the development of a homogeneous urban ensemble including gabled houses and numerous monuments. This urban extension was the largest and most homogeneous of its time. It was a model of large-scale town planning, and served as a reference throughout the world until the 19th century.

The Upper Harz mining water management system, which lies south of the Rammelsberg mines and the town of Goslar, has been developed over a period of some 800 years to assist in the process of extracting ore for the production of non-ferrous metals. Its construction was first undertaken in the Middle Ages by Cistercian monks, and it was then developed on a vast scale from the end of the 16th century until the 19th century. It is made up of an extremely complex but perfectly coherent system of artificial ponds, small channels, tunnels and underground drains. It enabled the development of water power for use in mining and metallurgical processes. It is a major site for mining innovation in the western world.

The history of the town of Røros is linked to the copper mines. Established in the 17th century, they were exploited for 333 years until 1977. Completely rebuilt after its destruction by Swedish troops in 1679, Røros contains about 2000 wooden one- and two-storey houses and a smelting house. Many of these buildings have preserved their blackened wooden façades, giving the town a medieval appearance. The site was inscribed on the World Heritage List in 1980. The extension is a serial site and comprises the Town and its industrial-rural cultural landscapes; Femundshytta, a smelter with its associated area; and the Winter Transport Route. Surrounded by a buffer zone, coincident with the area of privileges (the Circumference) granted to the mining enterprise by the Danish-Norwegian Crown (1646), the property illustrates the establishment and flourishing of a lasting culture based on copper mining in a remote region with a harsh climate.

These new sites are in addition to ten other mixed and cultural sites inscribed during the current session of the Committee in Sri Lanka, the United States, Tanzania, Saudi Arabia, Australia, India, Republic of Iran (2), Marshall Islands and Republic of Korea.