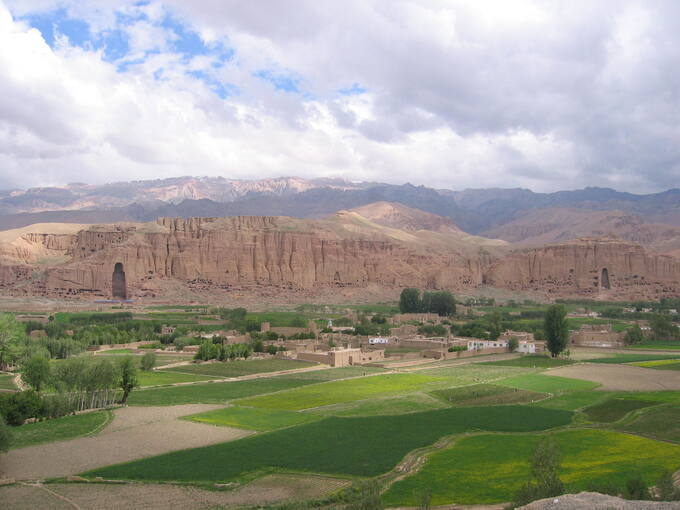 Following their meeting in Tokyo in December 2004, a group of Afghan and international experts working on the safeguarding of Bamiyan (Afghanistan), as well as representatives of the Afghan and Japanese governments and UNESCO,  today released a list of recommendations for further activities to preserve the Bamiyan site.

Bamiyan remains one of the most important examples of Gandharan art in the world, despite the Taleban's destruction of its two monumental Buddhas in 2001. The Expert Working Group was formed in 2002 within the framework of the coordination mandate for all cultural projects in the country entrusted to UNESCO by the Afghan government, and met for the third time in 2004.  It coordinates activities carried out under the UNESCO/Japan Funds-in-Trust project "Safeguarding of the Bamiyan site," (US $1,815,967­), which aimed to preserve and protect the cultural heritage of the Bamiyan valley. In addition, the group oversees bilateral projects, notably the important financial contribution of the German government for the conservation of fragments of the statues of the Buddhas. The approval of the recommendations by the group marks the end of the successful two year UNESCO/Japan project and determines the future goals of its second phase.

The goals of the Third Expert Working Group Meeting, organized by UNESCO and NRICP, were to review the work carried out, to set priorities, to secure funding and to coordinate activities to be implemented in 2005. Participants at the meeting expressed their high appreciation for the activities already undertaken to consolidate the Buddhas' niches, preserve the statues' remains, protect the mural paintings, map the site, prepare the Master Plan and train local personnel. Furthermore, for the first time, experts were able to use Carbon14 dating technology to ascertain the age of the two Buddha statues: the Small Buddha was shown to date from 507 AD while the Great Buddha dates from 551. The participants agreed on the need to pursue the activities undertaken during the first phase of the project, which focused on emergency measures, and emphasized that longer-term measures are urgently required to ensure the continued preservation of the site.