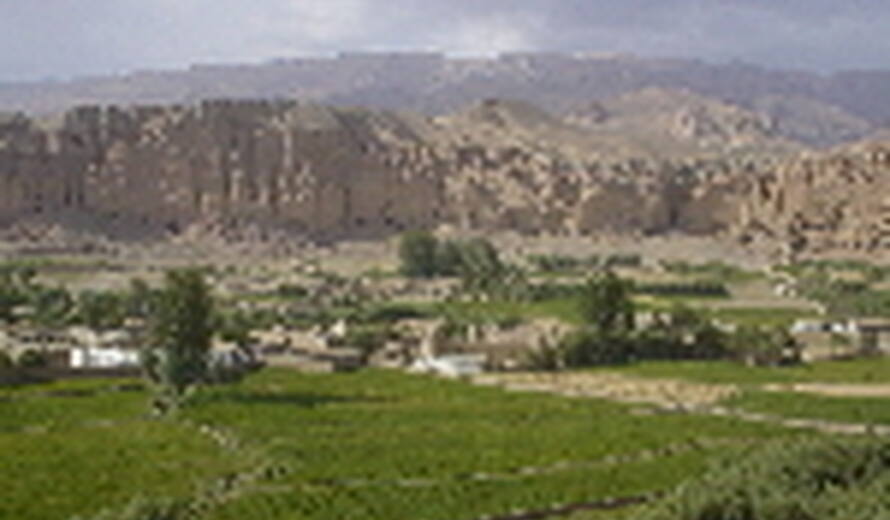 The Cultural Landscape and Archaeological Remains of the Bamiyan Valley in Afghanistan includes some of the most important examples of Gandharan art in the world, despite the Taliban’s destruction of its two monumental Buddhas in 2001. The Expert Working Group on the Preservation of the Bamiyan site was formed in 2002 within the framework of the coordination mandate for all cultural projects in the country entrusted to UNESCO by the Afghan government.  It will meet for the fourth time in Kabul from 7 to 10 December 2005.

This Expert Group coordinates activities carried out under the UNESCO project “Safeguarding of the Bamiyan site,” for which the Japanese government granted a total of $3.1 million. The project aims at conserving the cultural heritage of the Bamiyan Valley, inscribed on the World Heritage List and the List of World Heritage in Danger in 2003.

Following the previous Bamiyan working groups and the efforts carried out in 2005, a group of Afghan and international experts will examine the progress of the consolidation of cliffs and niches, the preservation of mural paintings, the conservation of the remains of the statues of the Buddha, the preparation of the master plan, the development of the archaeological survey and the creation of a 3D model map. It will also, as it has in the past, make concrete recommendations on follow-up activities.