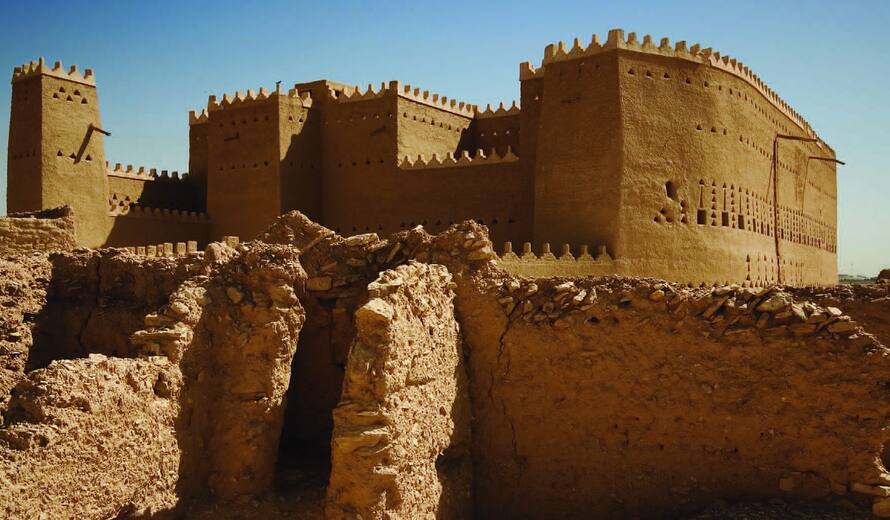 The World Heritage Committee meeting in Brasilia has inscribed sites in Saudi Arabia, Australia, India, Islamic Republic of Iran and, for the first time, a site in the Marshall Islands, as well as the Republic of Korea on the UNESCO World Heritage List.

The latest sites inscribed include (in order of inscription):

This property was the first capital of the Saudi Dynasty, in the heart of the Arabian Penisula, north-west of Riyadh. Founded in the 15th century, it bears witness to the Najdi architectural style, which is specific to the centre of the Arabian  peninsula. In the 18th and early 19th century, its political and religious role increased, and the citadel at at-Turaif became the centre of the temporal power of the House of Saud and the spread of the Wahhabi reform inside the Muslim religion. The property includes the remains of many palaces and an urban ensemble built on the edge of the ad-Dir'iyah oasis.

The property includes a selection of 11 penal sites, among the thousands established by the British Empire on Australian soil in the 18th and 19th centuries. They are located on the fertile coastal strip from which the Aboriginal peoples were then forced back, mainly around Sydney and in Tasmania, as well as on Norfolk Island and in Fremantle. They housed tens of thousands of men, women and children condemned by British justice to transportation to the convict colonies. Each of the sites had a specific purpose, in terms both of punitive imprisonment and of rehabilitation through forced labour to help build the colony. The property presents the best surviving examples of large-scale convict transportation and the colonial expansion of European powers through the presence and labour of convicts.

The Jantar Mantar, in Jaipur, is an astronomical observation site built in the early 18th century. It includes a set of some 20 main fixed instruments. They are monumental examples in masonry of known instruments but which in many cases have specific characteristics of their own. Designed for the observation of astronomical positions with the naked eye, they embody several architectural and instrumental innovations. This is the most significant, most comprehensive, and the best preserved of India's historic observatories. It is an expression of the astronomical skills and cosmological concepts of the court of a scholarly prince at the end of the Mughal period.

Built between the beginning of the 16th century and the end of the 18th century, this place of spiritual retreat in the Sufi tradition uses Iranian traditional architectural forms to maximize use of available space to accommodate a variety of functions (including a library, a mosque, a school, mausolea, a cistern, a hospital, kitchens, a bakery, and some offices). It incorporates a route to reach the shrine of the Sheikh divided into seven segments, which mirror the seven stages of Sufi mysticism, separated by eight gates, which represent the eight attitudes of Sufism. The ensemble includes well-preserved and richly ornamented facades and interiors, with a remarkable collection of antique artefacts. It constitutes a rare ensemble of elements of medieval Islamic architecture.

Tabriz has been a place of cultural exchange since antiquity and its historic bazaar complex is one of the most important commercial centres on the Silk Road. Tabriz Historic Bazaar Complex consists of a series of interconnected, covered, brick structures, buildings, and enclosed spaces for different functions. Tabriz and its Bazaar were already prosperous and famous in the 13th century, when the town, in the province of Eastern Azerbaijan, became the capital city of the Safavid kingdom. The city lost its status as capital in the 16th century, but remained important as a commercial hub until the end of the 18th century, with the expansion of Ottoman power. It is one of the most complete examples of the traditional commercial and cultural system of Iran.

In the wake of World War II, in a move closely related to the beginnings of the Cold War, the United States of America decided to resume nuclear testing in the Pacific Ocean, on Bikini Atoll in the Marshall archipelago. After the displacement of the local inhabitants, 67 nuclear tests were carried out from 1946 to 1958, including the explosion of the first H-bomb (1952). Bikini Atoll has conserved direct tangible evidence that is highly significant in conveying the power of the nuclear tests, i.e. the sunken ships sent to the bottom of the lagoon by the tests in 1946 and the gigantic Bravo crater. Equivalent to 7,000 times the force of the Hiroshima bomb, the tests had major consequences on the geology and natural environment of Bikini Atoll and on the health of those who were exposed to radiation. Through its history, the atoll symbolises the dawn of the nuclear age, despite its paradoxical image of peace and of earthly paradise. This is the first site from the Marshall Islands to be inscribed on the World Heritage List.

Historic Villages of Korea: Hahoe and Yangdong (Republic of Korea)

Founded in the 14th-15th centuries, Hahoe and Yangdong are seen as the two most representative historic clan villages in the Republic of Korea. Their layout and location - sheltered by forested mountains and facing out onto a river and open agricultural fields - reflect the distinctive aristocratic Confucian culture of the early part of the Joseon Dynasty (1392-1910). The villages were located to provide both physical and spiritual nourishment from their surrounding landscapes. They include residences of the head families, together with substantial timber framed houses of other clan members, also pavilions, study halls, Confucian academies for learning, and clusters of one story mud-walled, thatched-roofed houses, formerly for commoners. The landscapes of mountains, trees and water around the village, framed in views from pavilions and retreats, were celebrated for their beauty by 17th and 18th century poets.

These sites follow the inscriptions of the Central Highlands of Sri Lanka, Papahãnaumokuãkea (United States),and the Ngorongoro Conservation Area (Tanzania).

The 34th session of the World Heritage Committee is being held under the chairmanshipof  the Minister of Culture from Brazil, João Luiz da Silva Ferreira. The meeting opened on 25 July and will continue through to 3 August. A total of 39 sites are being considered for inscription on the World Heritage List.