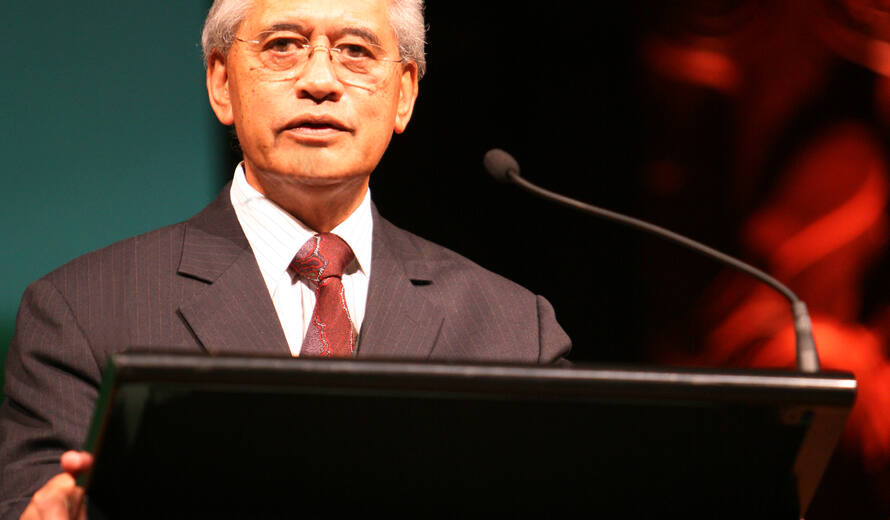 Christchurch, New Zealand, 23 June  - The Pacific region's traditional respect for both natural and cultural preservation was celebrated at the opening of the 31st session of the World Heritage Committee, chaired by Tumu te Heuheu of New Zealand, here Saturday.

A traditional Powhiri welcome celebration took place at the Christchurch Town Hall auditorium to open the session in the presence of, among others, the Governor General of New Zealand, Anand Satyanand; the Prime Minister of New Zealand, Helen Clark; Deputy Director-General of UNESCO, Marcio Barbosa, who represented Director-General Koïchiro Matsuura; the Chairman of UNESCO's Executive Board, Zhang Xinsheng, alongside the representative of the 21 States that make up the World Heritage Committee and the Chair of the Committee.

Speaking in Maori, Rick Tau, Respected Elder of the Ngai Tahu tribe of South Island (New Zealand) welcomed the participants, notably those of the Northern Hemisphere, "to the winter of the Southern Hemisphere, winter being a season of planning" and exhorted them "to open the doors to knowledge and thought [...] so that the results of the meetings be acceptable in terms of brotherhood [...] and so that we may follow in the footsteps of our ancestors who left us the landscapes that we know."

Te Kananawa Pitiroi, a Respected Elder of the Ngati Tuwharetoa tribe of the central North Island, also spoke in Maori and exhorted participants to "remember that the pristineness that remains here is worth preserving."

Parekura Horomia, Maori Affairs Minister and Associate Minister of Education, also used Maori in his welcome address and urged participants to let the spirit of the language permeate them. He was followed by Garry Moore, Mayor of Christchurch, who spoke of the City's heritage.

The Governor-General of New Zealand then spoke of the need to protect World Heritage sites in the face of serious challenges including "climate change, depleting fisheries and water resources, declining ecosystems and a host of other problems." He pointed out that while the Pacific Region covers one third of the globe, it is under represented on the World Heritage List. Speaking of the particular history of New Zealand and its longstanding respect for both Maori and Western institutions and traditions, the Governor quoted a Maori proverb: "Care for the land and care for the people; go forth."

Prime Minister Helen Clark for her part highlighted New Zealand's particularity as a land that has experienced only 1,000 years of human habitation. As a result, New Zealand has many fragile and unique ecosystems which must be preserved, the Prime Minister said. As regards New Zealand's membership of the World Heritage Committee, the Prime Minister said her country had undertaken to represent the Pacific region as a whole. Ms Clark stressed that East Rennell, on the Solomon Islands, is the only World Heritage site to be found among all of the South Pacific Small Island States.

Speaking on behalf of the Director-General of UNESCO, his Deputy, Marcio Barbosa praised the Maori cultural heritage that "embraces many different and interlinked forms, both tangible and intangible. We see this interconnectedness" he said, "in the first cultural landscape inscribed on UNESCO's World Heritage List, Tongariro National Park. In recognizing the spiritual links uniting Maori people with their environment, the World Heritage Committee took a decisive step in celebrating the intangible value of natural heritage."

"The inseparable bond between the people and the land is one of the most distinct characteristics of the Pacific region and needs to be taken into account in heritage management," Mr Barbosa continued before paying tribute to the Chairperson of the World Heritage Committee, Chief Tumu Te Heuheu: "You and your ancestors embody the harmonious relationship between humans and nature, past and present, the material and the spiritual, that we are gathered here to preserve."

The Chairman of UNESCO's Executive Board, Zhang Xinsheng, encouraged Small Island Developing States of the Pacific to ratify UNESCO's World Heritage Convention to help correct the region's under representation on the World Heritage List. He stressed that "in our ever more globalized world, all dimensions of heritage - natural, cultural, tangible and intangible - are part of the sustainable development equation" and warned against the dangers of uniformization generated by globalization.

The final speaker of the opening ceremony was Tumu te Heuheu, Paramount Chief of the Central North Island Tuwharetoa Tribe and Chair of the 31st session of the World Heritage Committee. He stressed the importance of having communities play their part in the preservation of heritage, and spoke of the Pacific region's heritage and the history of its peoples.