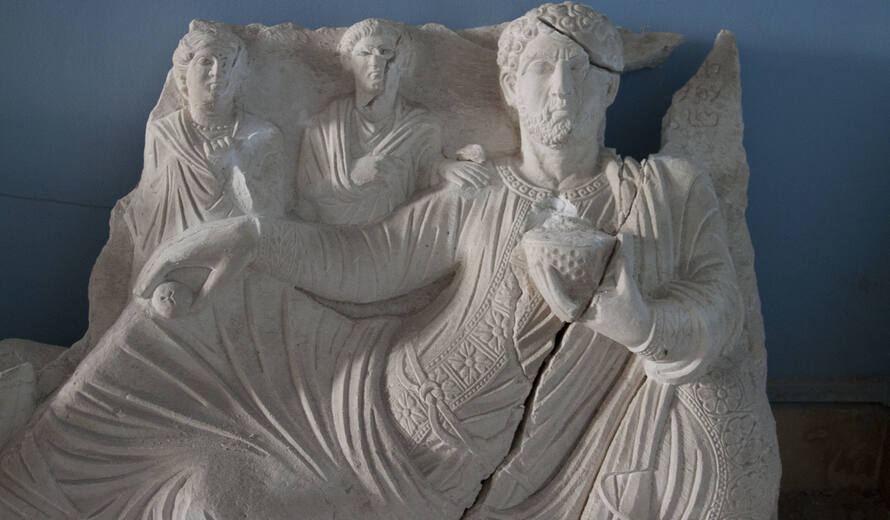 In preparation for the UNESCO experts’ meeting in Berlin (2-4 June 2016) on the safeguarding of cultural heritage in Syria, UNESCO Director General Irina Bokova and UNESCO teams are pursuing consultations with representatives from Member States and experts across the board to assess the situation and the way forward. These actions are in line with the unanimous decision of the 199th session of the Executive Board to safeguard the cultural heritage of Syria.

UNESCO sent a first assessment mission to Palmyra from 24-26 April, whose preliminary conclusions highlight the heavy damage at the museum and destruction elsewhere at the archeological site. “We are still far from a complete assessment of the damage, and the situation calls for extreme caution. Safeguarding operations will take time, and requires cooperation from all sides,” stated the Director-General.

In this process, the Director-General was also informed by Ms. Eleonora Mitrofanova, Ambassador and Permanent Delegate of the Russian Federation to UNESCO, who visited the archeological site of Palmyra with a delegation of Ambassadors on 5th May, that the Russian Federation has no intention to proceed with any unilateral work in Palmyra and expressed the full readiness of her government to participate in international efforts, under the leadership and coordination of UNESCO. Ambassador Mitrofanova joined her voice to the overwhelming consensus of UNESCO Member States calling for prudence and concerted action.

The Director-General declared once again that Syrian Heritage belongs to all Syrians and that its safeguarding cannot be delinked from the protection of human lives. “All destruction at Syrian Heritage Sites should be condemned as a direct blow against the history of the Syrian people. In response, safeguarding must be an inclusive process, building on the best of international expertise, from all sides. UNESCO is determined to continue to play its role as a universal platform where all partners can join forces. This is the spirit of unity and responsibility we bring to the Berlin Conference,” said the Director-General.