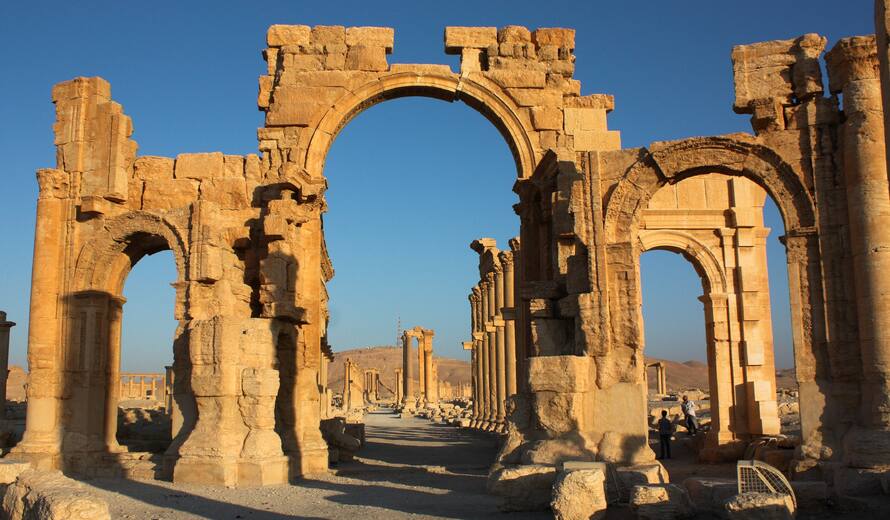 The Director-General of UNESCO, Irina Bokova, strongly condemned the destruction of the Arch of Triumph in Palmyra, a civil monument two thousand years old and symbol of the city inscribed on UNESCO’s World Heritage List.

"This new destruction shows how extremists are terrified by history and culture – because understanding the past undermines and delegitimizes their claims – and embodies an expression of pure hatred and ignorance. Palmyra symbolizes everything that extremists abhor --cultural diversity, dialogue between cultures, the encounter of peoples of all origins in this caravan city between Europe and Asia.

Despite criminal relentlessness, violent extremists will never be able to erase history, nor silence the memory of this site that embodies the unity and identity of the Syrian people. Each new destruction should encourage us to share further knowledge of the significance of this heritage in museums, in schools, in the media. This is part of saving the city, and the global fight against the cultural cleansing that has plagued the Middle East. I commend the professors, journalists, associations, cultural professionals and all citizens who participate in this effort to help transmit the history of Palmyra to future generations.

There will be no impunity for war criminals, and UNESCO will make every effort, at its level, and in close cooperation with the International Criminal Court, to make sure that the perpetrators of the destruction are tried and punished. In the face of this new war crime, UNESCO reaffirms its determination to continue protecting that which can be saved, through a relentless fight against the illicit trafficking of cultural objects, by documenting and implementing thousands of networks of experts, in Syria and in the world, that focus on transmitting this heritage, including through modern technology.”

The Arch of Triumph, built by Septimius Severus between 193 and 211 AD, is a symbol of the city, whose image has traveled around the world. A masterpiece of civil architecture and urban planning, it was topped with geometric and floral ornaments, and marked the junction between the immense colonnade more than one kilometer in length and the Temple of Bel, also destroyed this year.