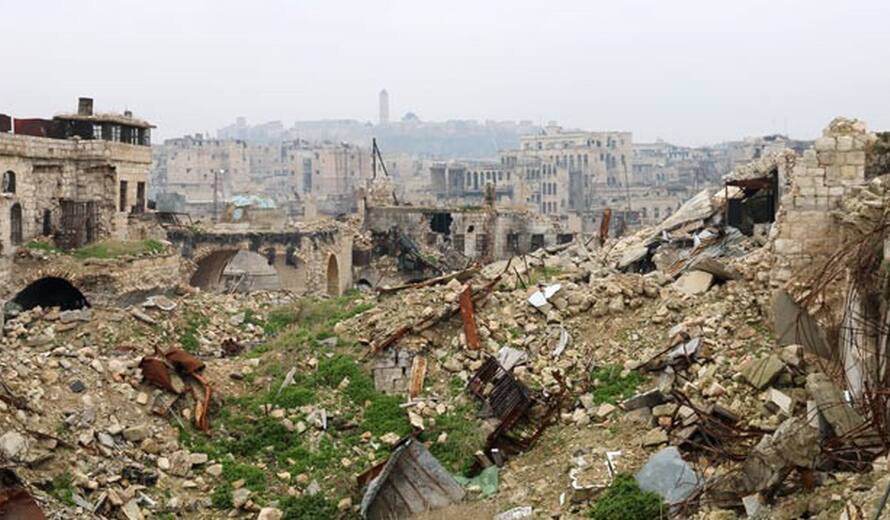 UNESCO led an emergency mission to Aleppo from 16 to 19 January to undertake a preliminary assessment of the extent of damages at the World Heritage site of the Ancient City of Aleppo, as well as the state of educational institutions in the city.

The UNESCO team reported extensive damage at the Great Umayyad Mosque, the Citadel, mosques, churches, suqs, khans, madrassas, hammams, museums and other significant historic buildings in Aleppo. According to a preliminary assessment, some 60% of the old city of Aleppo has been severely damaged, with 30% totally destroyed. The mission noted the incredible resilience of the people of Aleppo and the efforts led by heritage professionals to undertake mitigation actions during the conflict, as well as emergency measures for the recovery phase (damage assessment, debris management...). Emergency measures were discussed during a number of working meetings with the Aleppo City Council, the DGAM and NGOs, in order to identify adequate proposals and coordinate action. During these consultations, it was proposed to declare the Ancient City of Aleppo  an “emergency zone”.  At the same time, UNESCO is working on an emergency initiative to coordinate international efforts.

In the field of education, UNESCO reports the indescribable destruction of learning institutions. The schools visited by UNESCO in east Aleppo are either destroyed or require extensive rehabilitation. The Osam Alnadir basic school is barely recognizable. The nationally renowned Aleppo Fourth Vocational Institute, specialized in technical education, has been reduced to rubble. The very few schools still in operation are in dire situation, unsafe for learning, deprived of electricity or water, featuring broken doors and windows, as well as fragments of shrapnel.

The peoples of Aleppo and Syria know too well the importance of education and culture to foster resilience and build peace. UNESCO stands by them to accelerate the resumption of all educational institutions and the protection of heritage.  Close to 20 schools have reopened since December 2016. Demand is extremely high, and alternative learning spaces, such as mobile classes, must be built and made available on an urgent basis.  In all of the opened schools visited, UNESCO witnessed the immense determination to get back to normality, with so many children eager to learn and teachers delivering despite the little they have. Education is a cornerstone of all recovery efforts, and there is a need to must drastically strengthen efforts towards education, knowledge and skills, as the conflict is still underway.

“As I have urged on numerous occasions, I call on all parties to refrain from targeting cultural monuments and educational institutions, in accordance with international and humanitarian law. Culture and education should never be taken hostage of conflict - we must unite to protect them. To destroy Syria's heritage is to kill the Syrian people a second time. To forget its history is to deny the values and rights that are attached to it. War does not spare lives or stones, and that is why the search for peace implies saving lives, schools and heritage at the same time. UNESCO is determined to play its part, standing firmly together with the Syrian people, in close coordination with partners,” she concluded.