Events at UNESCO and Jaeger-LeCoultre’s Paris Boutique to mobilize support for Marine World Heritage: The Crown Jewels of the Ocean 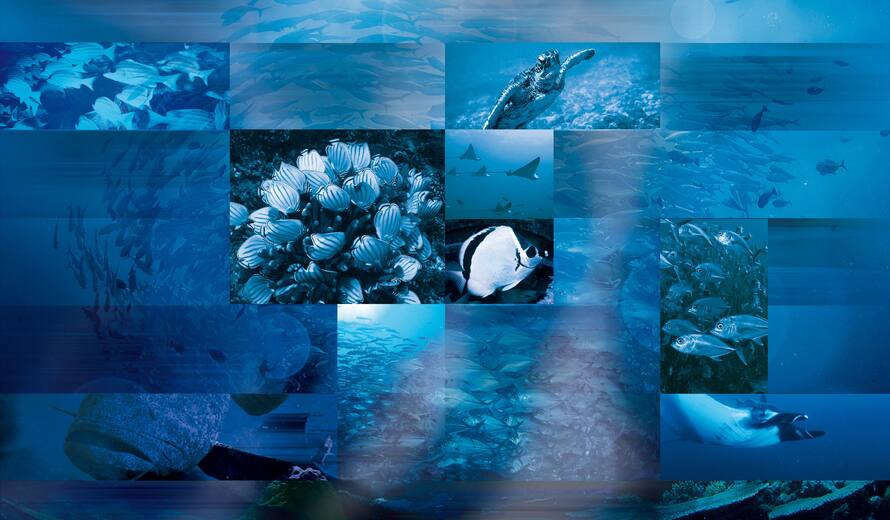 British stage and screen star Clive Owen and French filmmaker and actor Jacques Perrin will lend their support to the safeguarding of marine World Heritage in an event in Paris on 7 February. The event will present a 10 year strategy to protect the Crown Jewels of the Ocean, supported by the Government of Flanders (Belgium), and the achievements of the innovative Tides of Time partnership established in 2010 between UNESCO’s World Heritage Centre, leading Swiss fine watchmaking manufacturer Jaeger-LeCoultre, and the International Herald Tribune newspaper for the benefit of marine World Heritage preservation.

The 46 marine sites inscribed on the World Heritage List constitute more than one third of all marine protected areas on the planet. They are beacons of hope for improving marine environment conservation.  UNESCO’s World Heritage Marine Programme is seeking to make these sites drivers for change in ocean conservation globally.   But much remains to be done to bring up to speed the capacities of the managers of these sites and to ensure that the wide range of ocean ecosystems is fully represented on the World Heritage List.

The Government of Flanders and the Tides of Time partnership have provided more than USD 3 million to date to help States and site managers face the growing challenges of pollution largely posed by underwater mining and drilling as well as maritime transportation.  This work is carried out under the coordination of UNESCO’s World Heritage Centre.

A presentation of the alliance and its achievements will be the subject of an awareness raising event at UNESCO Headquarters (4.30 p.m.), primarily targeting representatives of the Organization’s Member States.  The second part of the event, at Jaeger-LeCoultre Boutique on the Place Vendôme in Paris (8 p.m.), will seek to mobilize support from private sector players in France.

UNESCO Director-General Irina Bokova will open the UNESCO Headquarters event, which is co-hosted by the Government of Flanders.  A short film Marine World Heritage: The Crown Jewels of the Ocean, narrated by Jacques Perrin, will be screened.  Mr Perrin will also give a keynote address about marine heritage and the important issues at stake.

Other speakers during the evening will include Jérôme Lambert, CEO Jaeger-LeCoultre; Stephen Dunbar-Johnson, Publisher of the International Herald Tribune; Nic Vandermarliere, Representative of Flanders to UNESCO; and Clive Owen.

Interactive stands will be available at both UNESCO and Jaeger-LeCoultre Boutique to help guests discover the splendours of marine World Heritage sites.