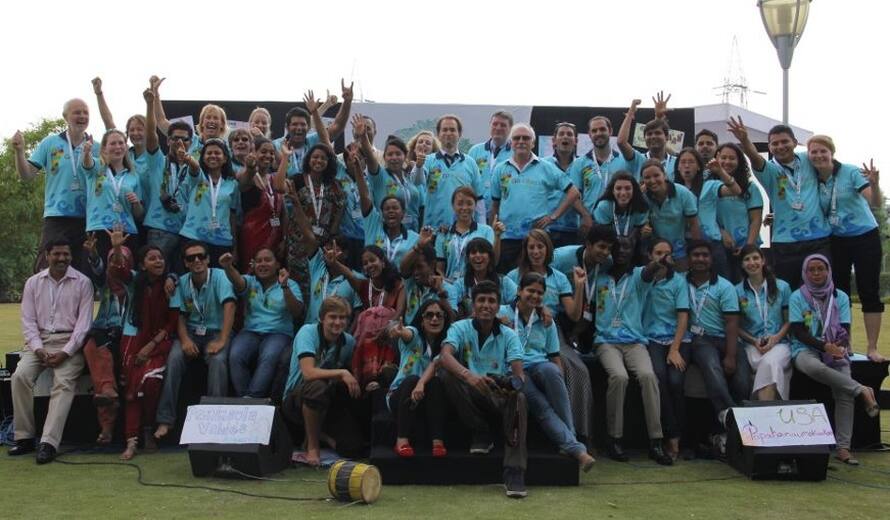 Thirty-four young messengers (participants) from over 20 different marine World Heritage sites around the world gathered in Hyderabad from 6 to 15 October as part of the International Youth Forum Go4BioDiv. The Forum is the largest youth initiative for both IUCN and the UNESCO World Heritage Centre and gives young adults between the ages of 18 and 29 the possibility to engage during the current 11th Conference of the Parties of the Convention on Biodiversity, taking place from 8 to 19 October in Hyderabad, India. This year’s theme, ‘Conserving coastal and marine biodiversity for sustaining life and livelihoods’ inspired Go4BioDiv to bring together young people from the most outstanding marine and coastal sites on the planet.

The first part of Go4BioDiv 2012 has just concluded at the Sundarbans National Park World Heritage site (India). The iconic Sundarbans in India and Bangladesh are declared World Heritage sites for their unique network of seawater and freshwater-ways, fauna and flora. The Sundarbans covers 10,000 km² of land and water in the Ganges delta and contains the world's largest area of mangrove forests that is protected through the World Heritage Convention in both India and Bangladesh.  The 34 motivated Go4BioDiv messengers have developed their output via a powerful youth declaration which they have presented to decision-makers and the wider public at the Conference of the Parties.

Go4BioDiv has been carried out twice so far, in 2008 and 2010, parallel to the Conferences of the Parties of the Convention on Biological Diversity in Germany and Japan. Young messengers from five continents sent "wake-up" calls to the global community for conserving biological -and the often associated- cultural diversity. The goal of Go4BioDiv is to make the views of young people matter in political discussions and decision-making. After all, the children of today will have to bear the consequences of today’s actions and decisions.

It is jointly organized by the Ministry of Environment and Forests, India (MoEF) with the Wildlife Institute of India (WII) as the nodal centre, the International Union for Conservation of Nature (IUCN), the Deutsche Gesellschaft für Internationale Zusammenarbeit (GIZ) GmbH on behalf of the Federal German Ministry for Economic Cooperation and Development (BMZ), the ASEAN Centre of Biodiversity, the Secretariat of the Convention for Biological Diversity, and the World Heritage Centre of the United Nations Educational, Scientific and Cultural Organization (UNESCO WHC). It receives support from World Wide Fund for Nature (WWF) and other partners.