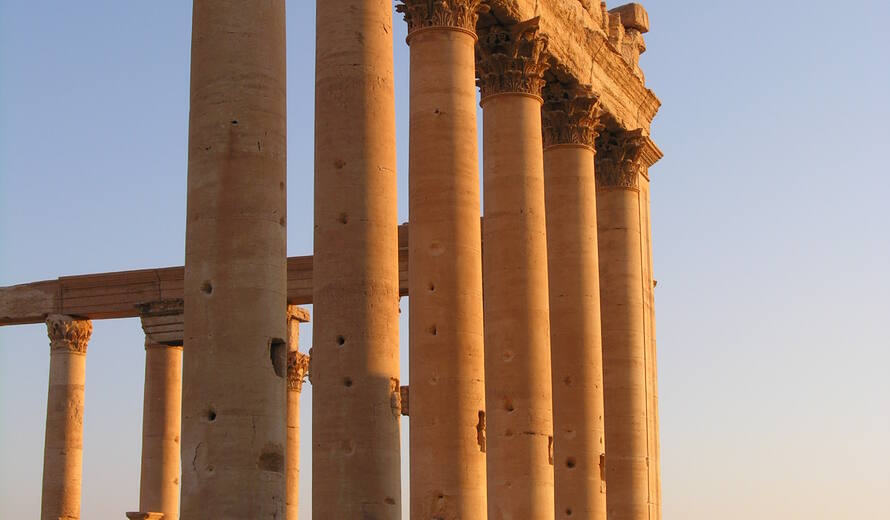 The Director-General of UNESCO, Irina Bokova, today called for the protection of the cultural heritage of Syria.

‘Following a number of media reports that Syria’s cultural heritage is threatened by the current conflict, I wish to express my grave concern about possible damage to precious sites and to call upon all those involved in the conflict to ensure the protection of the outstanding cultural legacy that Syria hosts on its soil.  Damage to the heritage of the country is damage to the soul of its people and its identity.’

Syria’s history extends back over thousands of years. A succession of cultures has left an outstanding wealth of archaeological sites, historic cities, cultural landscapes, monuments and works of art that bear witness to the evolution of human ingenuity. Six Syrian sites - Damascus, Aleppo, Palmyra, Bosra, the Crac des Chevaliers and Saladin’s Castle, the Ancient Villages of Northern Syria - are inscribed on UNESCO’s World Heritage List . Many others are inscribed on the country’s Tentative List, such as Apamea -- where a number of journalists report that the Citadel of Madiq is being bombarded.

Earlier this year, UNESCO alerted the Syrian authorities, through their representative at UNESCO, about their responsibility to ensure the protection of cultural heritage. ‘This situation is becoming more crucial by the hour,’ stated the Director-General. ‘I urge the Syrian authorities to respect the international Conventions they have signed, in particular the 1954 Convention for the Protection of Cultural Properties in the Event of Armed Conflict, the Convention on the Means of Prohibiting and Preventing the Illicit Import, Export and Transfer of Ownership of Cultural Property (1970), and the 1972 World Heritage Convention.

In the framework of the of the 1970 Convention, the Director-General has already contacted the World Customs Organization, INTERPOL, and the specialized heritage police of France and Italy to alert them to objects from Syria that could appear on the international antiquities market. She has also called for the mobilization of all UNESCO’s partners to ensure the safeguarding of this heritage.

‘UNESCO stands ready to assist in assessing reports of damage to the cultural heritage of Syria, including the World Heritage sites, and in preparing plans for their safeguarding, as soon as this becomes possible,” she concluded.