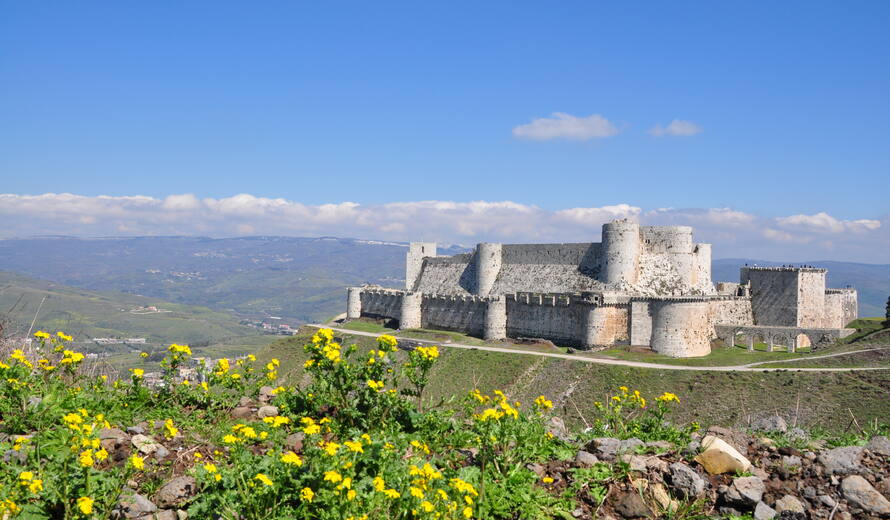 The Director-General of UNESCO, Irina Bokova, has expressed deep shock at news of further destruction to cultural heritage in Syria, and particularly following the publication of media reports and images depicting damage to the Crac des Chevaliers, one of Syria’s World Heritage sites. These two castles are outstanding examples of the region’s fortified architecture developed during the Crusades between the 11th and 13th centuries.

Irina Bokova calls upon the perpetrators to cease the destruction immediately and urge all the parties to the conflict to take the necessary measures to ensure the safeguarding of this World Heritage site along with all of Syria’s cultural property.

At the recent session of the World Heritage Committee in Cambodia, the six World Heritage sites in Syria were inscribed on the List of World Heritage in Danger, demonstrating the serious concern of the international community over the threats facing the heritage of the country, during the current period of civil strife and turmoil. The members of the World Heritage Committee “urged all parties associated with the situation in Syria to refrain from any action that would cause further damage to cultural heritage of the country and to fulfill their obligations under international law by taking all possible measures to protect such heritage”.

As the Director-General said in her statement earlier this year, “destroying the inheritance of the past, which is the legacy for future generations, serves no purpose except that of deepening hatred and despair and it further weakens the foundations for cohesion of Syrian society.” Irina Bokova reiterates her appeal to all concerned parties and wishes to remind them of their legal obligations under the 1954 Hague Convention for the Protection of Cultural Property in the Event of Armed Conflict, to which Syria is a signatory and which enjoins High Contracting Parties to refrain from any act of hostility directed against cultural property.

As previously stated, UNESCO stands prepared to cooperate with all parties concerned in deploying all possible efforts to protect Syria’s cultural monuments to the extent allowed by the volatile security situation.