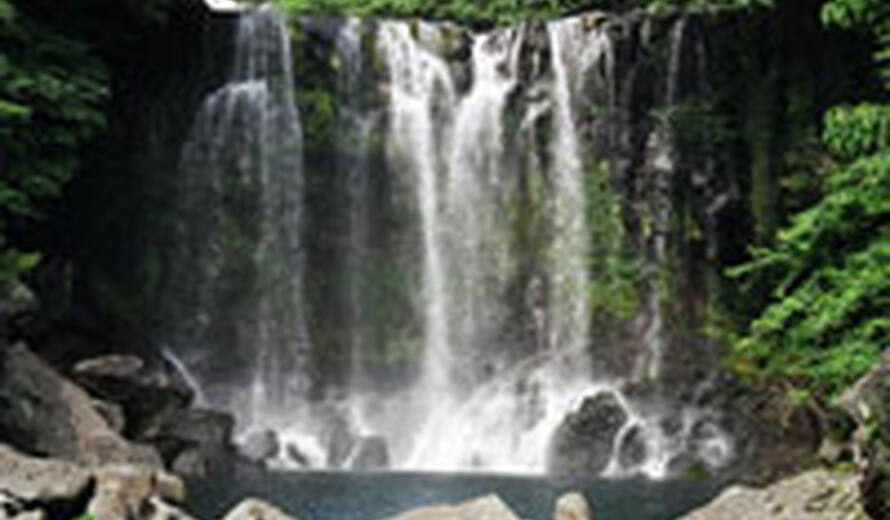 The Rainforests of the Atsinanana comprise six national parks distributed along the eastern part of the island. These relict forests are critically important for maintaining ongoing ecological processes necessary for the survival of Madagascar's unique biodiversity, which reflects the island's geological history. Having completed its separation from all other land masses more than 60 million years ago, Madagascar's plant and animal life evolved in isolation. Inscribed both for their importance to ecological and biological processes, the rainforests are also inscribed for their biodiversity and the threatened species they support. The rate of endemism within these forests is exceptionally high at 80 to 90 percent for all groups. The property is of global significance for fauna, especially primates. Many rare and threatened species (78 of the 123 non-flying mammals in Madagascar occur in this site, including 72 that are on the IUCN Red List of Threatened Species), including at least 25 species of lemur.

The South China Karst region extends over a surface of half a million square kilometres lying mainly in Yunnan, Guizhou and Guangxi Provinces. South China is unrivalled for the diversity of its karst features and landscapes. The site presents a coherent serial property comprising three clusters: Libo Karst, Shilin Karst and Wulong Karst. South China Karst represents one of the world's most spectacular examples of humid tropical to sub-tropical karst landscapes. The stone forests of Shilin are considered superlative natural phenomena and a world reference. The cluster includes the Naigu stone forest occurring on dolomitic limestone and the Suyishan stone forest arising from a lake. Shilin contains a wider range of pinnacle shapes than other karst landscapes with pinnacles, and a higher diversity of shapes and changing colours. The cone and tower karsts of Libo, also considered the world reference site for these types of karsts, form a distinctive and beautiful landscape. Wulong Karst has been inscribed for its giant dolines, natural bridges and caves.

Jeju Volcanic Island and Lava Tubes comprises three sites that together make up 18,846 ha, 10.3% of the surface area of Jeju Island, the southernmost territory of the Republic of Korea. It includes: Geomunoreum, regarded as the finest lave tube system of caves anywhere, with its multi-coloured carbonate roofs and floors, and dark-coloured lava walls; the fortress-like Seongsan Ilchulbong tuff cone, rising out of the ocean, a dramatic landscape; and Mount Hallasan, the highest in Korea, with its waterfalls, multi-shaped rock formations, and lake-filled crater. The property, of outstanding aesthetic beauty, also bears testimony to the history of our planet; to its features and processes.

The World Heritage Committee, meeting in Christchurch for its 31st session will continue examining properties proposed for inscription on UNESCO's World Heritage List on Thursday.