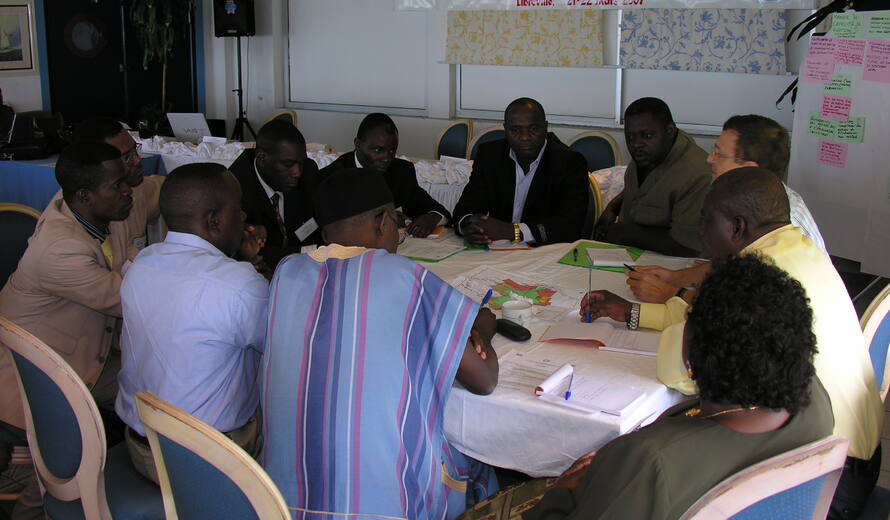 The annual steering committee of the Central Africa World Heritage Forest Initiative (CAWHFI) took place in Libreville on March 21-22, 2007 under the aegis of the Central Africa Forest Commission (COMIFAC). This initiative aims to improve sustainable management of three forest landscapes of the Congo Basin: the Gamba-Conkouati complex, the Tri-National Sangha complex (TNS) and the Tri-National Dja-Odzala-Minkebe complex (TRIDOM). These transboundary landscapes encompass twelve protected areas and their surrounding buffer zones distributed across Cameroon, Congo, Gabon and the Central Africa Republic.

In addition to national and regional authorities of partner countries, representatives from the private sector and international institutions and donors, the workshop gathered all CAWHFI partners, i.e. the UNESCO World Heritage Centre, FAO, WCS, WWF, and the French GEF (FFEM). During the first session of the steering committee a brief presentation of the Initiative was given prior to acknowledge results obtained in each CAWHFI site in 2006. The regional coordinator then introduced and effectively launched the new CAWHFI component funded by FFEM. During the afternoon session, participants were invited to share experiences and ideas on the following three themes: sustainability of conservation actions, wildlife and flagship species management, and eco-tourism and local communities. A last session distributed partners in three working groups according to the ecological landscape they work in, to discuss coordination among partners and implementation modalities of the new FFEM-CAWHFI component. Each working session produced a number of recommendations to be included in the 2007 action plans.

All groups highlighted the importance of improved coordination between field-based partners (conservation NGOs, local populations and authorities, private sector, etc.) as well as with national governments and international organizations and donors. Increased collaboration between conservation stakeholders, including National Park Services, and judicial authorities and implementation of alternative revenue generation schemes appeared vital to improve conservation results and grant their sustainability. Inscription of CAWHFI sites on the World Heritage List should support the nascent ecotourism industry and provide alternative revenue to local communities.

To conclude, the general rapporteur presented a summary of the recommendations formulated by each working group. The General Secretary of the Forest Ministry of Gabon made the final speech, including key recommendations of the committee and encouraging all partners to pursue their efforts.