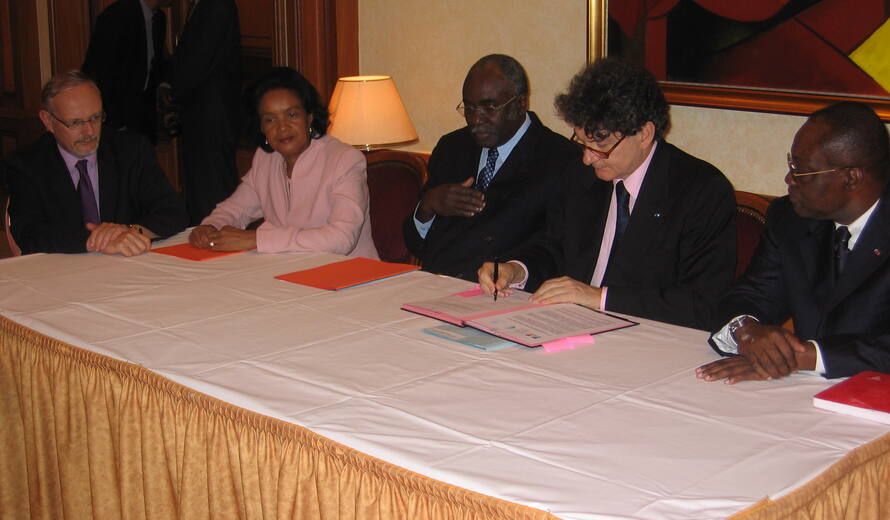 On April 13, 2006, Mr. Breton, French Minister of the Economy, Finance and Industry met with Mr. Doumba, Minister of Forest Economy, Water, Fisheries and National Parks, Mme Raonimarahy, UNESCO's representative in Gabon, and Mr. Séverino, Director General of the French Development Agency, at the presidential palace of Libreville to confirm France's commitment to the protection of forest biodiversity in the Congo Basin. This engagement corresponds to the financing of a new component of the Central Africa World Heritage Forest Initiative (CAWHFI) with a €2.5 million budget.

CAWHFI's first component was developed jointly by the World Heritage Centre, four conservation NGOs (World Wildlife Fund for Nature, Wildlife Conservation Society, Conservation International and the Jane Goodall Institute) and FAO. This first component focuses on improving the management of selected clusters of protected areas of the Congo Basin. Financing for the 4-year project was approved in 2002 by the United Nation Foundation for an amount totaling US$6.6 million. Shortly after the implementation of the Initiative, France expressed a growing interest in its objectives. Having identified the need for better integration of protected areas in their socio-economic environment, the World Heritage Centre, in collaboration with WWF and WCS, developed a new component that seeks to involve local populations and the private sector (e.g. logging companies) in the sustainable management of natural resources, particularly wildlife, in areas surrounding the National Parks.

The financial agreement related to this accord between France and UNESCO is currently under development and should be signed shortly.