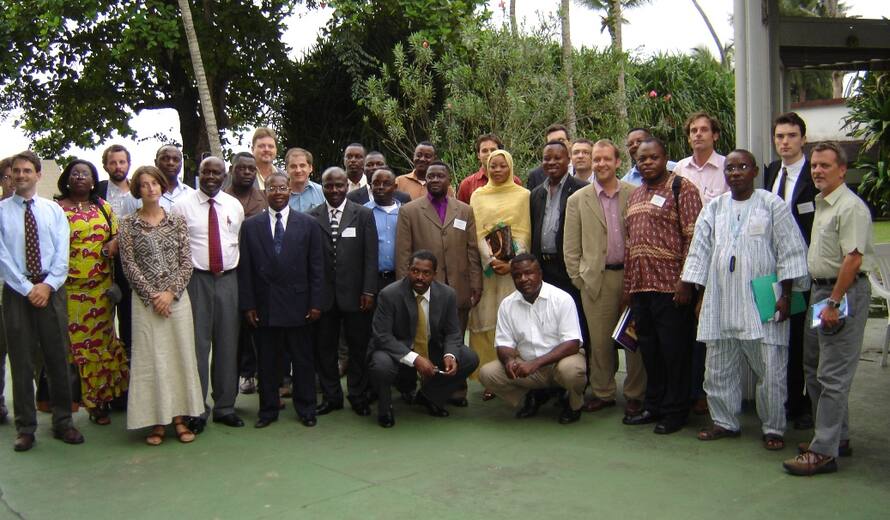 On February 13-16, 2006, the World Heritage Centre organized the Steering Committee of the Central Africa World Heritage Forest Initiative (CAWHFI) in Libreville, Gabon. During this event, conservators and wildlife directors of the Congo, Cameroon, Gabon and the Central African Republic met with representatives of the United Nations Foundation, World Wildlife Fund for Nature, Wildlife Conservation Society, Cybertracker Conservation and the UNESCO-World Heritage Centre to discuss the achievements and perspectives of the Initiative.

Conservators of the national parks involved in CAWHFI personally presented the results reached during the first year of activity. Year one activities mainly focused on anti-poaching and law enforcement actions. Numerous ecoguards were hired and trained. As a result, patrols seized tons of bushmeat, rifles, snares and other illegal wildlife products. Awareness raising campaigns targeting local decision makers and judicial authorities were organized to ensure that poachers are prosecuted.

Progress made towards the submission of nomination files for proposing new sites for inscription to the World Heritage List was discussed in each landscape working group. Cameroon, Congo and Central African Republic developed a successful transboundary collaboration for the Sangha Tri-National area, and additional steps are being taken to meet World Heritage nomination requirements. Similar partnerships are being developed for the two other landscapes.

William Kennedy, representative of the United Nations Foundation, congratulated the participants with the following words: "I have been impressed by the professionalism and commitment of all partners involved in this initiative and want to thank them for the wonderful work they are achieving."