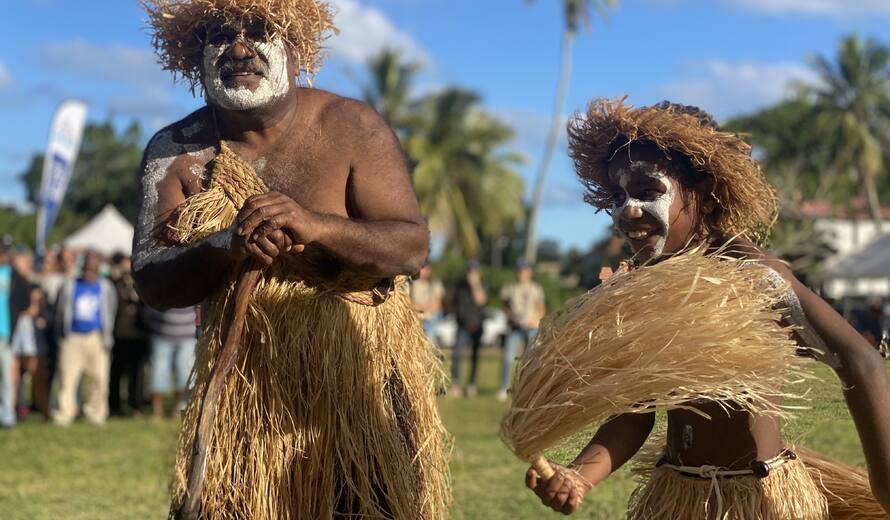 This year, July 8 marked not only the 13th anniversary of the inscription of France’s Lagoons of New Caledonia: Reef Diversity and Associated Ecosystems on the UNESCO World Heritage List, but also the Day of the Turtle in New Caledonia. In celebration, the local and traditional communities, government representatives, scientists and youth came together to agree on a sustainable path forward for local turtle management.

From July 8 to 10, New Caledonia’s L'île des Pins celebrated the turtle through customs and dance, interactive workshops and discussions. The event marked a change in the turtle harvesting practices and highlighted the commitment of the local Kanak community to preserve the species.

At the end of the three-day festivities, the customaries of eight chiefdoms across the island signed a joint partnership protocol to enact the methods of turtle fishing for customary ceremonies and to determine types of ceremonies for which fishing is allowed, authorised quotas and maximum catch sizes. The protocol’s overall aim is to combine both the environmental issues linked to the preservation of these species threatened with extinction at the global level, and the will of the customaries to continue to perpetuate the traditions.

The Lagoons of New Caledonia: Reef Diversity and Associated Ecosystems was inscribed on the World Heritage List in 2008 and is one of the three most extensive reef systems in the world. 3 of the 7 species of sea turtles are known to occur in the site’s waters and appear on the IUCN Red List – green, loggerhead, and hawksbill sea turtles (i.e. Chelonia mydas Caretta caretta, Dermochelys coriacea, respectively). Of particular importance for the site’s OUV is the existence of major nesting sites for these sea turtles, in particular for the green sea turtle. As well as turtles, the lagoons and coral reefs provide habitat to a number of other threatened marine species such as whales and dugongs whose population here is the third largest in the world. For the local community, the lagoon provides their daily fish and coastal protection, and is vital to their unique traditions, many of which date back thousands of years.

The event was organized with support from the Resilient Reefs Initiative that is currently leading the development of a resilience strategy for the Lagoons of New Caledonia World Heritage site. The site is one of four pilot sites for the Initiative, which seeks to support World Heritage reefs and the communities that depend on them to adapt to a changing climate.