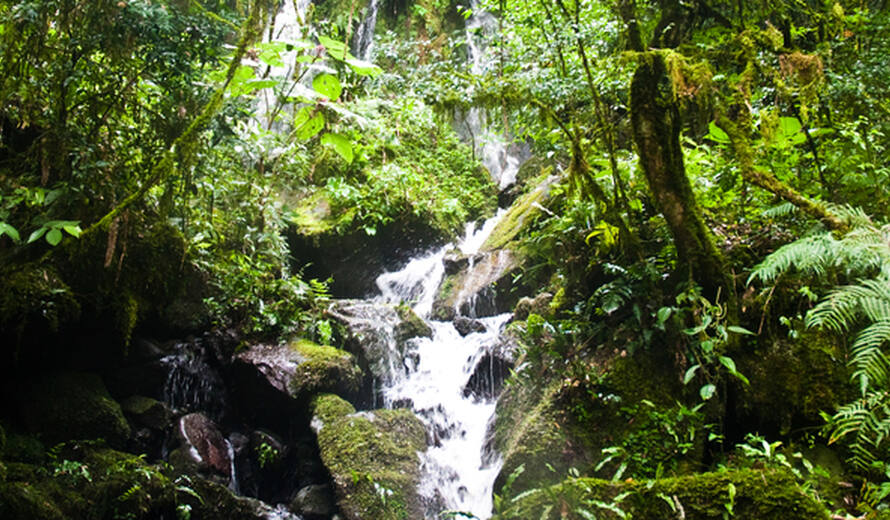 Over the last year, Yabotí, a UNESCO Biosphere Reserve since 1995 and one of the world’s biodiversity hotspots, has witnessed a dramatic surge in illegal wildlife poaching.

This Atlantic forest of more than 236,000 hectares is home to unique plants and animals, such as jaguars, bush dogs, tapirs and harpy eagles, among other threatened species. With funding severely hit by the economic crisis, rangers comprised of park guards and an elite anti-poaching force formed by the Ministry of the Ecology and Natural Resources (MEyRNR) will receive support from the Rapid Response Facility (RRF), an emergency fund established by the UNESCO World Heritage Centre and Fauna & Flora International (FFI) to protect areas during sudden crises, particularly to alleviate disaster situations affecting wildlife in UNESCO natural World Heritage sites and internationally recognized site of high biodiversity value such as Biosphere Reserves.

Situated in Argentina’s Misiones Province, between Paraguay and Brazil, the Biosphere Reserve’s boundary runs along the national border with Brazil, meaning that poachers are coming from both within Argentina and from across the river from Brazil, increasing the threat intensity. Rangers have noted a significant increase in the level and sophistication of illegal activities, and have intercepted poachers with worryingly large quantities of bush meat. Monitoring through the UNESCO Man and the Biosphere (MAB) Programme and inventories from the Proyecto Zorro Pitoco (Bush Dog Project) led by the Universidad Nacional de Misiones, which works in this region with the local government and park staff, have reported sharp declines in both carnivore (e.g. jaguar, puma, ocelot, tirica and bush dog) and prey species (e.g tapir, white-lipped peccary, collared peccary, and paca). Without swift intervention, the long-term survival of the Reserve’s rich biodiversity is in peril.

The Rapid Response Facility (RRF) has therefore granted $29,168 to the Proyecto Zorro Pitoco. These funds will be used to provide field supplies to rangers, such as vital communication equipment, protective clothing, and vehicle repairs, to permit an increase in patrol coverage and intensity. The aim is to create a deterrent effect through greater and more effective presence of anti-poaching teams in the Reserve.

The project staff will continue to support MEyRNR, in order to demonstrate the value of increased resources and ideally leverage additional support in the future. It is expected therefore, that this concerted effort will not only reduce the immediate threat but will also establish a firmer foundation to manage the pressure from wildlife poaching in the long term.

The World Heritage Centre thanks Fondation Franz Weber, Arcadia, la Fondation Iris and the Government of Norway for their support to RRF.
Activities (3)
Partners (3)