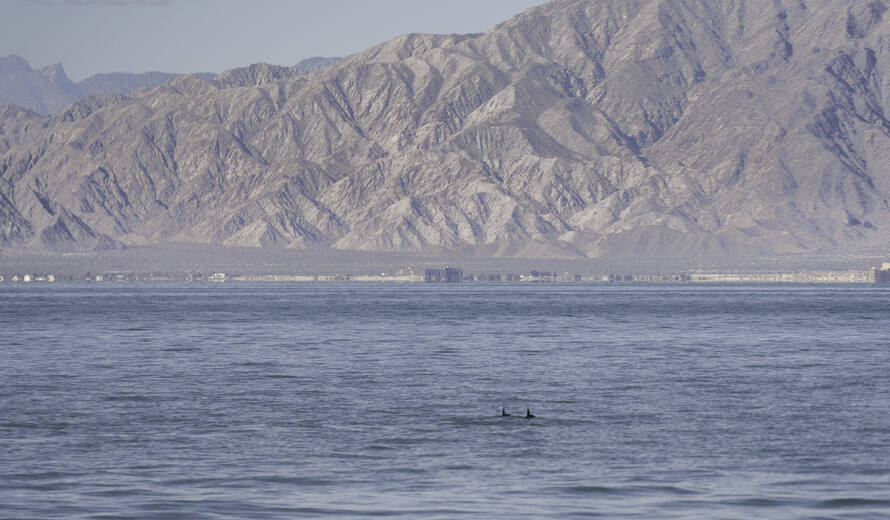 Two of the last vaquitas cruising in the Gulf of California. © Getty Images / David Schneider

On 3 July 2019, during its 43rd session in Baku, Azerbaijan, the World Heritage Committee inscribed the Islands and Protected Areas of the Gulf of California in Mexico on the List of World Heritage in Danger. One of the main reasons for this decision is the current vulnerable situation of the vaquita species, whose population, according to the most recent scientific evidence, has drastically declined, mainly due to the unsustainable illegal fishing practices. In particular, the vaquita has been affected due to the continued illegal use of gillnets to capture an endemic fish species known as the totoaba, targeted for the sale of its swim bladder in overseas consumer markets.

Despite efforts carried out by Mexican authorities to strengthen surveillance operations and other activities to prevent international illegal fishing and trafficking, these activities have continued -- creating an immediate risk of extinction of the endemic vaquita, and a significant challenge for the overall management of the site.

One of the main objectives of the List of World Heritage in Danger is to draw attention to sites that need particular support to ensure their conservation and protection. The government of Mexico has recognized that the site’s inclusion on this List means it is a positive mechanism aimed at strengthening international cooperation and creating opportunities to mobilize resources to help with conservation.

Mexican authorities are working in close cooperation with the World Heritage Centre and IUCN (the Advisory Body for natural properties), to establish a set of corrective measures and meet the targets of a Desired State of Conservation. This plan of corrective measures, demonstrating Mexico’s and UNESCO's joint commitment to the Islands and Protected Areas of the Gulf of California, will be presented for approval by the World Heritage Committee at their next session in 2020.