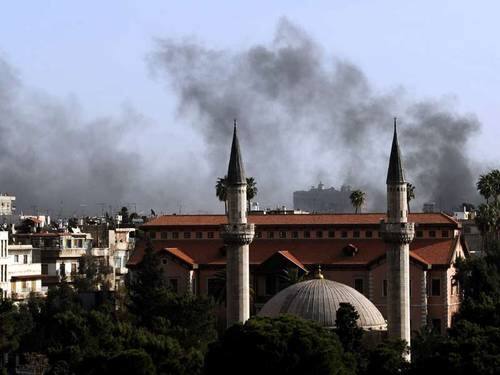 UNESCO Director-General Irina Bokova today called for the creation of “protected cultural zones” around heritage sites in Syria and Iraq. Opening an international conference on threats to cultural heritage and diversity in these countries at UNESCO Headquarters, she suggested a start could be made with the city of Aleppo, and especially the Omeyyad Mosque, a highly iconic site located in the World Heritage Syrian city of Aleppo. “It is not too late to take action,” she said.

The Director-General denounced the persecution of minorities, the attacks on cultural heritage and the illicit trafficking in cultural properties as “part of a strategy of deliberate cultural cleansing of exceptional violence”. “The concept of cultural cleansing describes what is happening on the ground” agreed Mr Adama Dieng, Special advisor of the Secretary General on the prevention of Genocide.

Irina Bokova added that “there can be no purely military solution to this crisis. To fight fanaticism, we also need to reinforce education, a defence against hatred, and protect heritage, which helps forge collective identity.” This was supported by both Staffan de Mistura, the UN Secretary-General’s Special Envoy for Syria, and Nikolay Mladenov, the UN Secretary-General’s Special Representative to Iraq, who emphasized the need to integrate education and culture into emergency measures, along with humanitarian aid, to protect human rights and vulnerable civilian populations.

The call by UNESCO Director-General Irina Bokova to place cultural diversity at the heart of humanitarian and peace building efforts in Syria and Iraq was also strongly endorsed by United Nations Secretary-General Ban Ki-Moon. In his message to the Conference, the Secretary-General said “the protection of cultural heritage is a security imperative.”

Staffan de Mistura said he believed that the protection of cultural diversity and heritage might provide a basis for consensus. Mr de Mistura argued that protected cultural zones could be created through a “bottom up plan of action,” building on the fact that the people of Syria have had their fill of violence, bloodshed, and suffering.

Nikolay Mladenov stressed that the region’s heritage belongs to humanity as a whole. He denounced terrorists who resort to genocide, the enslavement of women, with blatant disregard for human lives and human rights as they seek to destroy the State of Iraq. He said that cultural diversity need to be preserved not only for peace building but also for the whole development and stability in the region.

The First Speaker of the Parliament of Iraq, H.E. Sheikh Humam Hamoudi, called on countries seeking to help his nation to safeguard the soul of Iraq; the heritage of its successive and diverse cultures that stands for the region’s tremendous contribution to humanity over more than 6,000 years. Sheikh Hamoudi urged the international community and neighbouring countries to help Iraq resist those who seek to impose one line of thought, one truth, above all others. He pledged the Iraqi government’s support for cultural diversity and pluralism, in all areas, including the media.

Emily Rafferty, President of the Metropolitan Museum of Art (USA), was one of the representatives of some of the world’s most important museums who attended the conference, along with the Louvre, Berlin Pergamon Museum and the British Museum. She spoke of the need to join forces in fighting illicit trafficking in cultural properties from Iraq and Syria, citing the role institutions of knowledge and sharing had to play in opposing the forces of obscurantism and destruction.

Other concrete measures raised during the conference that brought together some 500 decision-makers, experts and representatives from both Iraq and Syria, and international curators, academics, and members of the public, included the need to implement the 1954 Convention for the Protection of Cultural Property in the Event of Armed Conflict and its additional protocols, as well as to end impunity against deliberate attacks of cultural heritage, which is recognized as a war crime under the Rome Statutes of the International Criminal Court. Participants expressed a strong support to the proposal of an international ban on thetrading of antiquities from Syria, in line with the recommendation of the Sanctions Monitoring Team to the UN Security Council, also part of the Conference.