South China Karst is one of the world’s most spectacular examples of humid tropical to subtropical karst landscapes. It is a serial site spread over the provinces of Guizhou, Guangxi, Yunnan and Chongqing and covers 97,125 hectares. It contains the most significant types of karst landforms, including tower karst, pinnacle karst and cone karst formations, along with other spectacular characteristics such as natural bridges, gorges and large cave systems. The stone forests of Shilin are considered superlative natural phenomena and a world reference. The cone and tower karsts of Libo, also considered the world reference site for these types of karst, form a distinctive and beautiful landscape. Wulong Karst has been inscribed for its giant dolines (sinkholes), natural bridges and caves. 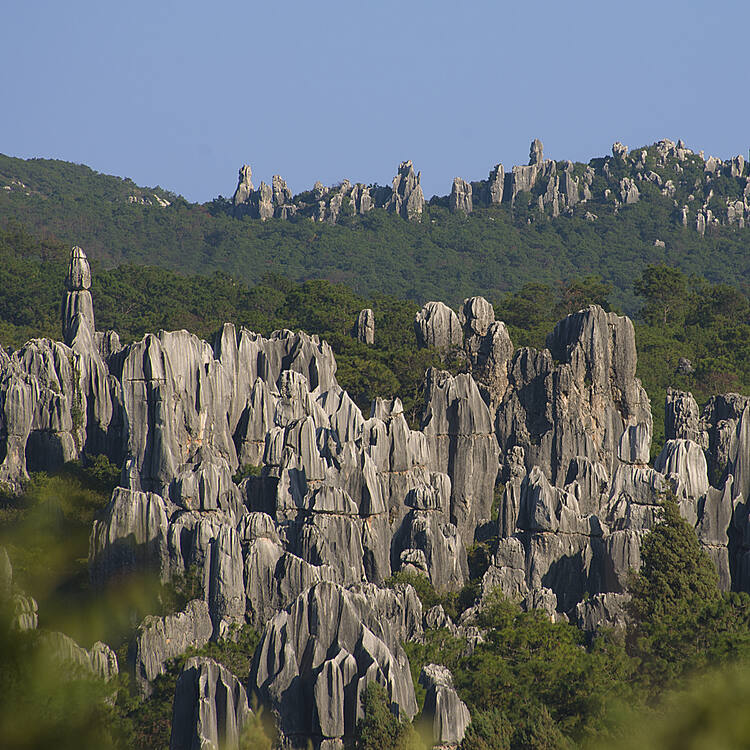 The huge karst area of South China is about 550,000 km2 in extent. The karst terrain displays a geomorphic transition as the terrain gradually descends about 2000 meters over 700 kilometers from the western Yunnan-Guizhou Plateau (averaging 2100 meters elevation) to the eastern Guangxi Basin (averaging 110 meters elevation). The region is recognized as the world’s type area for karst landform development in the humid tropics and subtropics.

The South China Karst World Heritage property protects a diversity of spectacular and iconic continental karst landscapes, including tower karst (fenglin), pinnacle karst (shilin) and cone karst (fengcong), as well as other karst phenomena such as Tiankeng karst (giant dolines), table mountains and gorges. The property also includes many large cave systems with rich speleothem deposits. The karst features and geomorphological diversity of the South China Karst are widely recognized as among the best in the world. The region can be considered the global type-site for three karst landform styles: fenglin (tower karst), fengcong (cone karst), and shilin (stone forest or pinnacle karst).The landscape also retains most of its natural vegetation, which results in seasonal variations and adds to the outstanding aesthetic value of the area.

The property contains the most spectacular, scientifically significant and representative series of karst landforms and landscapes of South China from interior high plateau to lowland plains and constitutes the world’s premier example of humid tropical to subtropical karst: one of our planet’s great landscapes. It complements sites that are also present in neighbouring countries, including Viet Nam, where several World Heritage properties also exhibit karst formations.

Criterion (vii): The South China Karst World Heritage property includes spectacular karst features and landscapes, which are both exceptional phenomena, and of outstanding aesthetic quality. It includes the stone forests of Shilin, superlative natural phenomena which include the Naigu stone forest occurring on dolomitic limestone and the Suyishan stone forest arising from a lake, the remarkable fengcong and fenglin karsts of Libo, and the Wulong Karst, which includes giant collapse depressions, called Tiankeng, and exceptionally high natural bridges between them, with long stretches of deep unroofed caves.

Criterion (viii): The South China Karst World Heritage property reveals the complex evolutionary history of one of the world’s most outstanding landscapes. Shilin and Libo are global reference areas for the karst features and landscapes that they exhibit. The stone forests of Shilin developed over 270 million years during four major geological time periods from the Permian to present, illustrating the episodic nature of the evolution of these karst features. Libo contains carbonate outcrops of different ages shaped over millions of years by erosive processes into impressive Fengcong and Fenglin karsts. Libo also contains a combination of numerous tall karst peaks, deep dolines, sinking streams and long river caves. Wulong represents high inland karst plateaus that have experienced considerable uplift, with giant dolines and bridges. Wulong's landscapes contain evidence for the history of one of the world's great river systems, the Yangtze and its tributaries. Huanjiang Karst is an extension of the Libo Karst component. Together the two sites provide an outstanding example of fengcong karst and also preserve and display a rich diversity of surface and underground karst features.

Guilin Karst is considered the best known example of continental fenglin and provides a perfect geomorphic expression of the end stage of karst evolution in South China. Guilin is a basin at a relatively low altitude and receives abundant allogenic (rainfed) water from surrounding hills, leading to a fluvial component that aids fenglin development, resulting in fenglin and fengcong karst side-by-side over a large area. Scientific study of karst development in the region has resulted in the generation of the ‘Guilin model’ of fengcong and fenglin karst evolution. Shibing Karst provides a spectacular fengcong landscape, which is also exceptional because it developed in relatively insoluble dolomite rocks. Shibing also contains a range of minor karst features including karren, tufa deposits and caves. Jinfoshan Karst is a unique karst table mountain surrounded by massive towering cliffs. It represents a piece of dissected plateau karst isolated from the Yunnan-Guizhou-Chonqing plateau by deep fluvial incision. An ancient planation surface remains on the summit, with an ancient weathering crust. Beneath the plateau surface are dismembered horizontal cave systems that appear at high altitude on cliff faces. Jinfoshan records the process of dissection of the high elevation karst plateau and contains evidence of the region’s intermittent uplift and karstification since the Cenozoic. It is a superlative type-site of a karst table mountain.

The components of the serial property have within their boundaries all the necessary elements to demonstrate the natural beauty of karst landscapes. They also contain the scientific evidence required to reconstruct the geomorphic evolution of the diverse landforms and landscapes involved. The components are of adequate size and they have buffer zones which will help ensure the integrity of the earth science values, including tectonic, geomorphic and hydrological features. Some issues that face the property require policies and actions to be taken beyond the buffer zone boundaries. Challenges to the integrity of the property include human pressure both from people living in and/or around the property, and the pressures from visitors. However many measures have been and are being undertaken to address these issues. The natural environment and natural landscapes within the nominated properties are all well-maintained, in order to protect the features of Outstanding Universal Value, and the natural landscapes and processes that support them.

The property is well managed, with management plans in place for each component, and which will be established and maintained for the serial property as a whole, and with effective involvement of stakeholders. Part of Libo Karst is within a national nature reserve. The buffer zone for Shilin is a UNESCO-recognised Global Geopark. Traditional management by minority peoples is an important element in management of a number of components, and the relationship between karst and the cultural identity and traditions of minority groups, including for example the Yi (Shilin), the Shui, Yao and Buyi (Libo) and Jinfoshan bamboo harvesters requires continued recognition and respect in site management. There are strong international networks in place to support continued research and management. Continued efforts are required to protect upstream catchments and their downstream and underground continuation to maintain water quality at a level that ensures the long term conservation of the property and its subterranean processes and ecosystems. Potential for further extension of the property requires development of a management framework for effective coordination between the different clusters.

Guilin, Shibing and Jinfoshan are national parks; Jinfoshan is a national nature reserve and Huanjiang is a national nature reserve and a Man and Biosphere Reserve. These components therefore benefit from a history of protection under relevant national and provincial laws and regulations and each of the Phase II component parts has a management plan. An integrated Management Plan of the South China Karst to support the sites added in 2014 has been developed.

Long term protection and management requirements for the component parts of the South China Karst include the need to ensure coordination throughout the serial site as a whole, through the establishment of a Protection and Management Coordination Committee for the South China Karst World Heritage; further enhance involvement of local communities and the maintenance of the traditional practices of the indigenous peoples concerned; strengthen whole catchment management to assure water quality is protected, and to avoid pollution; and strictly prevent negative impacts from tourism, agriculture and urban development activities from impacting the values of the property. 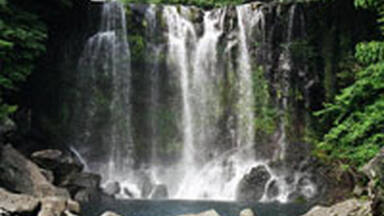