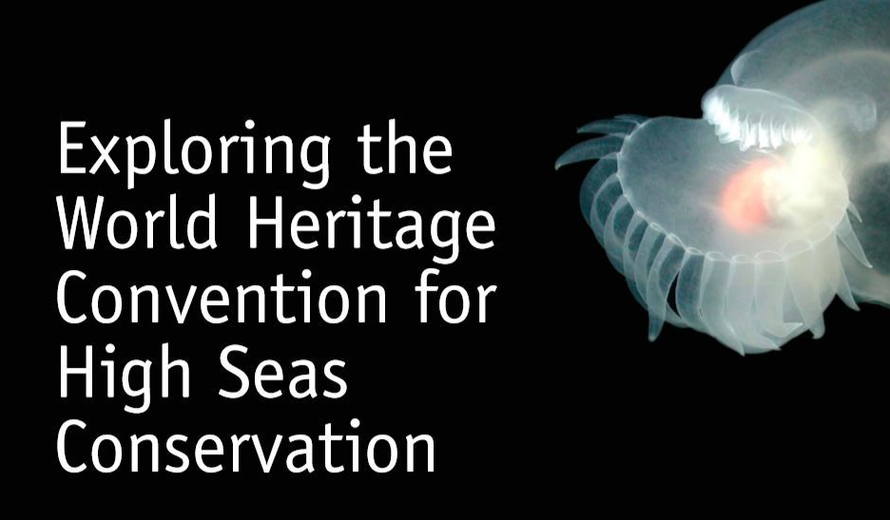 From 11 to 12 December 2018, experts will convene in Monte Carlo, Monaco, to discuss possible practical modalities on how globally unique marine areas beyond national jurisdiction could potentially be protected through the 1972 World Heritage Convention.

In 2016, UNESCO’s World Heritage Centre and International Union for Conservation of Nature (IUCN) launched the report World Heritage in the High Seas: An Idea Whose Time Has Come which explores modalities on how the World Heritage Convention could apply to areas of the open ocean that lay outside the national jurisdiction of any nation. The publication identified an initial 5 locations in marine areas beyond national jurisdiction that potentially could be of OUV, including the Costa Rica Thermal Dome and the White Shark Café (Pacific Ocean), the Sargasso Sea and the Lost City Hydrothermal Field (Atlantic Ocean), and the Atlantis Bank (Indian Ocean).

While the Convention is considered applicable to areas beyond national jurisdiction, its operational guidelines are currently not suited to nominate, protect and evaluate areas in these zones. The expert meeting will explore ways how such modalities could be put in place. The meeting will simultaneously also discuss the synergies and opportunities for collaboration created in the context of the ongoing negotiations of the Intergovernmental Conference (IGC) on an international legally binding instrument under the United Nations Convention on the Law of the Sea (UNCLOS) on the conservation and sustainable use of marine biodiversity of areas beyond national jurisdiction (BBNJ).

The meeting is made possible thanks to the support from the French Agency for Biodiversity and the Prince Albert II of Monaco Foundation. The meeting is upon invitation only.