The capital of three successive dynasties and later ruled by the Mughal emperors of Delhi, Thatta was constantly embellished from the 14th to the 18th century. The remains of the city and its necropolis provide a unique view of civilization in Sind. 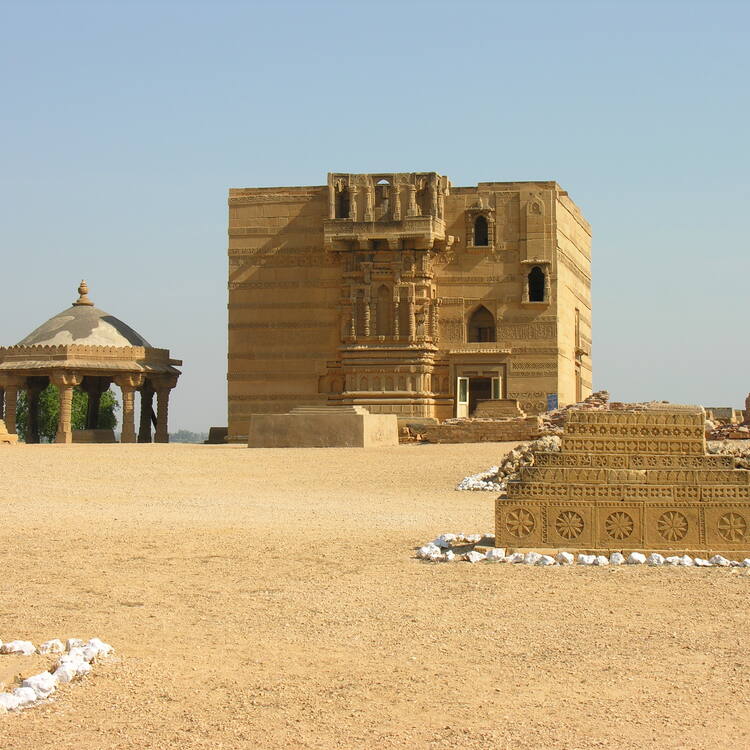 Near the apex of the delta of the Indus River in Pakistan’s southern province of Sindh is an enormous cemetery possessing half a million tombs and graves in an area of about 10 km2. Massed at the edge of the 6.5 km-long plateau of Makli Hill, the necropolis of Makli – which was associated with the nearby city of Thatta, once a capital and centre of Islamic culture – testifies in an outstanding manner to the civilization of the Sindh from the 14th to the 18th centuries.

The vast necropolis of Makli is among the largest in the world. Kings, queens, governors, saints, scholars, and philosophers are buried here in brick or stone monuments, some of which are lavishly decorated with glazed tiles. Among the outstanding monuments constructed in stone are the tombs of Jam Nizamuddin II, who reigned from 1461 to 1509, and of lsa Khan Tarkhan the Younger and of his father, Jan Baba, both of whose mausolea were constructed before 1644. The most colourful is that of Diwan Shurfa Khan (died in 1638). The unique assemblage of massive structures presents an impressive order of monumental buildings in different architectural styles. These structures are notable for their fusion of diverse influences into a local style. These influences include, among others, Hindu architecture of the Gujrat style and Mughal imperial architecture. Distant Persian and Asian examples of architectural terra-cotta were also brought to Makli and adapted. An original concept of stone decoration was created at Makli, perhaps determined by the imitation of painted and glazed tile models. The historical monuments at the necropolis of Makli stand as eloquent testimonies to the social and political history of the Sindh.

Criterion (iii): The historical monuments at Makli, Thatta testify in an outstanding manner to the civilization of the Sindh region from the 14th to the 18th centuries. The site preserves in a state of exceptional integrity an imposing monumental complex comprised of the remains of the necropolis, massed at the edge of the Makli plateau and covering an area of about 10 km2.

Within the boundaries of the property are located all the elements and components necessary to express the Outstanding Universal Value of the property, including the tombs and graves located in the necropolis of Makli. Nevertheless, a number of the historical monuments have reached an advanced stage of degradation. The integrity of the property is threatened by the significant decay caused by the local climatic conditions (earthquakes, variations in temperature, winds containing salts and humidity, heavy rains, natural growth) and the shift of the riverbed. In addition, encroachments and vandalism threaten the site, and damage and loss by pilferage have assumed colossal proportions.

The historical monuments at Makli, Thatta, are authentic in terms of their forms and design, materials and substance, and locations and setting. Because elements of the property are in an advanced state of decay and disintegration, however, the authenticity of the property is threatened, particularly concerning the materials and forms of the monuments. Unless scientific action is taken to reduce the threats to the property, irremediable damage will be caused.

The Historical Monuments at Makli, Thatta, is a protected antiquity in terms of the Antiquities Act, 1975, passed by the Parliament of the Islamic Republic of Pakistan. The Constitution (18th Amendment) Act 2010 (Act No. X of 2010), bestowed the Government of Sindh with full administrative and financial authority over all heritage sites located in its province. The Culture Department of the Provincial Government of Sindh is responsible for the management and protection of the Historical Monuments at Makli, Thatta.  The site is staffed by a curator, archaeological conservator, technical assistant, supporting staff, and attendants. Funding comes from the Provincial Government of Sindh; this funding is recognised as inadequate. 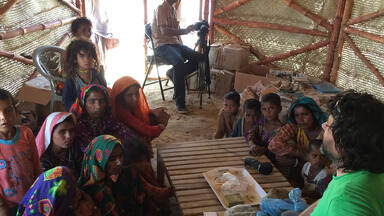 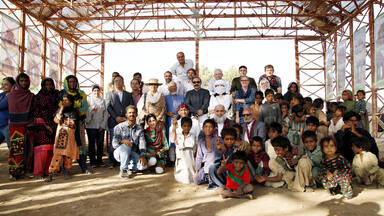 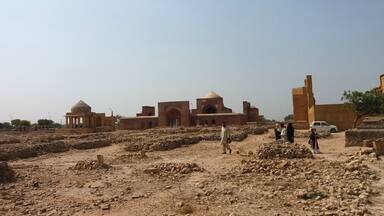 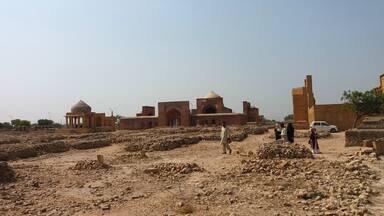