Factors affecting the property in 1984*

International Assistance: requests for the property until 1984

Missions to the property until 1984**

Conservation issues presented to the World Heritage Committee in 1984

The Permanent Delegate of Poland sent a letter dated 12 September 1984 to the Secretariat requesting, on behAlf of his government, that the Wieliczka Salt Mine be placed on the List of World Heritage in Danger. This request was
transmitted to ICOMOS for evaluation.

I. Description of the object
1- The mine was inscribed on the World Heritage List in September 1978.

2. The danger to the property consists of :
a) cave-ins

3. The mine requires the following repairs :

b) preservation of 23 groups that are unique in value, comprising 342 chambers and galleries;

c) the successive filling-in of thirty-two chambers in order to protect the town of Wieliczka from subsidence;

d) repair of 252 points where water is seeping in, at a rate of approximately 19.4 cubic metres per hour;
e) improvement of the ventilation system in the galleries, and installation of an air conditioning system.

4. The Wieliczka salt mine has hitherto not indicated the cost of the activities proposed above. It is now estimated that theoverall cost of the work, which will take some thirty years to complete will amount to 22.8 million zlotys.

II. Description of dangers to the property
The mine has been worked for seven hundred years. The installations, mining tools, and wooden shores that support the galleries and caverns are gradually deteriorating because of rock pressure, seepage and humidity in the air that circulates constantly in the galleries. An inventory of the chambers and galleries has brought to light such permanent deterioration as cave-ins caused by rock pressure and subsidence, as well as the destruction of vestiges of old work, of sculptures in the chapels and of commemorative plaques.

III. Nature of the danger to the property
1 Levels I to III of the mine, between 22 and 135 metres below ground, represent a threat to the old centre of the town.

2. The very fragility of the salt directly threatens the historical authenticity of the complex of chambers and galleries.

3. The continual pressure of the terrain on the hollowed-out parts of the mine is becoming evident.

The Committee considered that there was insufficient geological information at present to evaluate the dangers facing this property. The Committee therefore decided to defer a decision on this nomination until more information had been obtained and expressed the wish that in the meantime the national authorities concerned ensure the necessary protection.

Decisions adopted by the Committee in 1984

Inscriptions on the List of World Heritage in Danger

26. The Committee examined four nominations to the List of World Heritage in Danger submitted by the States Parties concerned. The Committee noted the recommendations of ICOMOS and IUCN and made the following decisions:

Djoudj National Bird Sanctuary (Senegal)
The Committee was informed by IUCN that the immediate threat posed by the earthen dam upstream from this property had been removed since the recent rains had been sufficiently abundant to wash this temporary dam away. However, the longer term threat posed by the dam to be constructed down-stream still remained and still,seriously jeopardised the future of this site. Taking IUCN's comments and reconrmendations into account, and the response of the Senegalese authorities to the Director General's request, the Committee decided to inscribe Djoudj National Bird Sanctuary on the List of World Heritage in Danger.

Garamba National Park (Zaire)
The Committee took note of IUCN's evaluation of this nomination and of up-to-date information on the very critical situation of the white rhinoceros population, now estimated to total less than 15 specimens, which means this sub-species is severely threatened. The Committee noted IUCN's observations and the positive response of the Zaire authorities to the Director General's letter and decided to inscribe Garamba National Park on the List of World Heritage in Danger.

27. Mr. Batisse, on noting the Committee's decision to inscribe the 3 natural sites described above on the List of World Heritage in Danger, remarked that these inscriptions would constitute a test of the effectiveness of the Convention on mobilising public opinion and solidarity to provide the important national or international support necessary for their preservation. 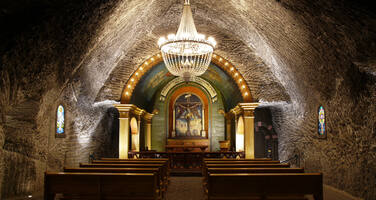