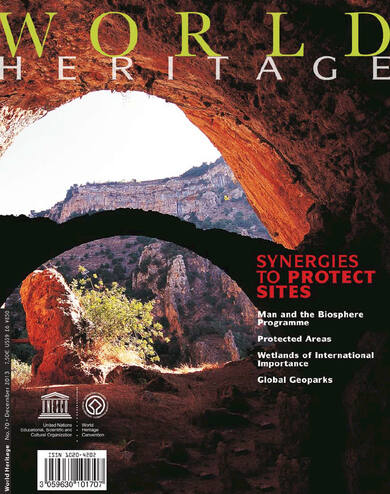 At the 1992 Earth Summit in Rio de Janeiro, world leaders agreed that the conservation of biodiversity was one of the cornerstones of sustainable development.

They acknowledged that the world was facing an unprecedented wave of species extinction and the rapid destruction of ecosystems and decided that it was urgent to halt the global loss of biodiversity in order to ensure that we leave a healthy and viable world for future generations. To achieve this, the Rio Summit adopted the Convention on Biological Diversity (CBD). This agreement, which has been adhered to by the vast majority of governments, sets out commitments for maintaining the world’s ecological foundations as economic development accelerates.

The Convention on Biological Diversity completed the international instruments the global community has developed in the run-up and follow-up to the first United Nations Conference on the Human Environment (Stockholm, 1972). The World Heritage Convention was one of the first of these instruments and since its adoption by the General Conference of UNESCO that same year, has made a very important contribution by ensuring the conservation of the most outstanding places for biodiversity and ecosystems. Today, these sites in total cover over 10 per cent of the surface of the global
network of protected areas.

But the battle for conserving world biodiversity is far from won. The 2010 CBD Conference of the Parties adopted a new Strategic Plan for Biodiversity for the next decade, setting out twenty ambitious and specific targets, known as the Aichi Biodiversity Targets. This new plan will be the overarching framework on biodiversity, not only for all the biodiversity-related conventions, including the World Heritage Convention, but for the entire United Nations system.

This issue explores how the World Heritage Convention contributes to achieving these targets, by working in synergy with other site-based instruments. Cultural landscapes and their overlap with protected areas are examined in sites such as Iceland’s Þingvellir (Thingvellir) National Park; Global Geoparks and their affiliation with World Heritage sites, including Messel Pit Fossil Site (Germany); joint Biosphere Reserves and World Heritage sites, such as Socotra Archipelago (Yemen); and Wetlands of International Importance (Ramsar List) that are also World Heritage sites, such as Slovenia’s Škocjan Caves. These articles demonstrate how these different instruments contribute in synergistic and complementary ways towards achieving sustainable development.

World Heritage and other conventions

Global to local
How World Heritage sites can bring international conservation goals to ground level
The World Heritage Convention is a remarkably useful mechanism for concrete action in preserving threatened sites, ecosystems and endangered species and ultimately a powerful tool to raise awareness and rally action through focused campaigns.

Satoyama: harmony between people and nature
Satoyama refers to mosaics of different types of land use that have been shaped through the long-term interactions of communities with their surroundings.

In Danger
Safeguarding Mali’s cultural heritage; Towards the preservation of the Everglades; International Observatory of Syrian Cultural Heritage established.