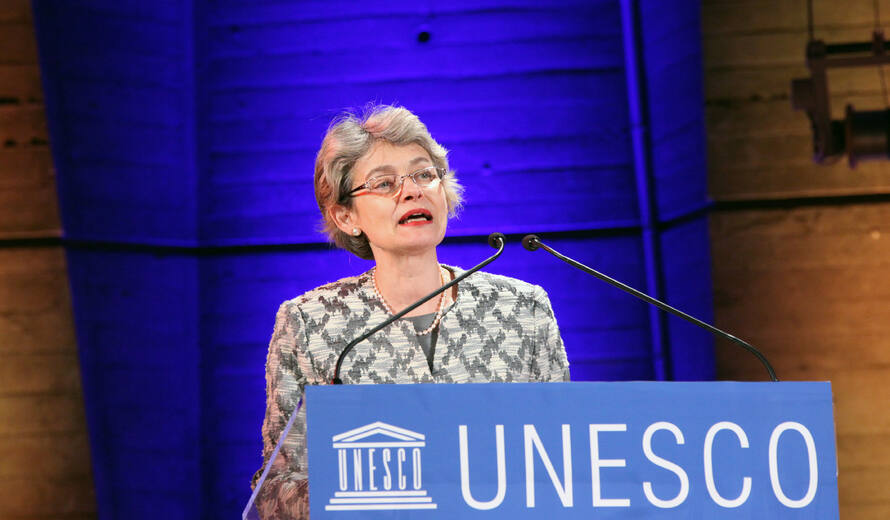 The Director-General of UNESCO, Irina Bokova, launched the 40th anniversary celebration of the World Heritage Convention in a ceremony at UNESCO Headquarters on 30 January. It was the first of a series of events States Parties to the 1972 Convention are organizing around the world over the coming year, and ending with a final event in November 2012 in Kyoto, Japan.

The launch featured a concert by jazz legend and UNESCO Goodwill Ambassador Herbie Hancock, with performances by Corinne Bailey Rae, Esperanza Spalding, Manu Katché and Stephen Brown. An original song composed by Esperanza Spalding to celebrate heritage was performed for the first time during the concert.

Successes and challenges in implementing the World Heritage Convention were also showcased through audiovisual presentations during the event, which was supported by Panasonic, Jaeger-LeCoultre and Citibank.

Speaking of World Heritage, the Director-General described the early 70s’ idea of the international sharing responsibility and expertise at the service of safeguarding the natural and cultural heritage of humanity as “a dream” and said it has turned into a “beautiful adventure”.

“It [World Heritage] is neither a beauty contest, nor a race among countries for the greatest number of sites. The brief moment of glory brought by the inscription of a site is worthless without the long-term commitment of States, authorities and local communities to safeguard it.”

“It [World Heritage] is a source of energy that is endlessly renewable. It is a foundation of wisdom and knowledge upon which to build a better future […] It is a dream of humanity united in its great diversity.”

Before his concert, Herbie Hancock spoke of his commitment to World Heritage: “World Heritage sites are particularly important in providing a record of the past that would certainly have been lost. Knowing about your history – where you come from and what your ancestors have accomplished – has a direct impact on the psyche of a country as well as building a sense of self-worth of a people.”

The World Heritage Convention is one of the most widely ratified international agreements with 188 States Parties. The World Heritage List numbers 936 properties inscribed for their outstanding universal value. These include 725 cultural, 183 natural and 28 mixed properties situated in 153 countries.