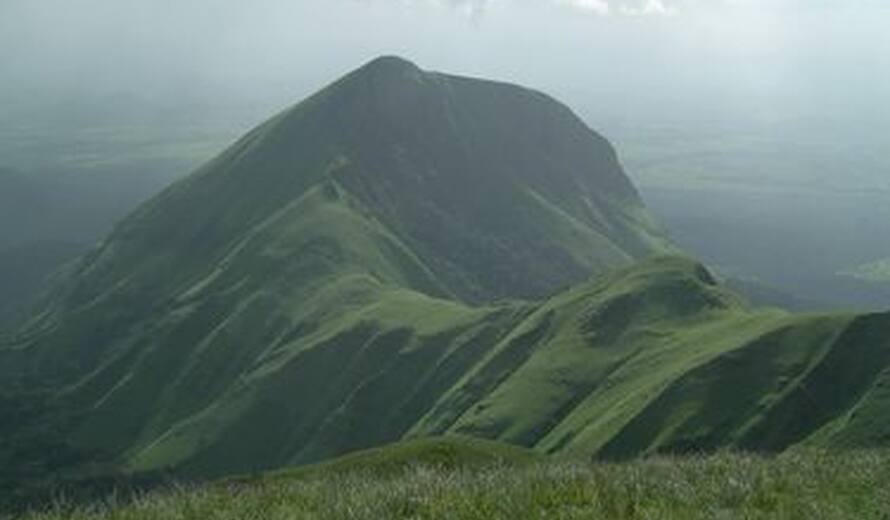 The Côte d’Ivoire component of the transboundary Mount Nimba Strict Nature Reserve, inscribed onto the list of World Heritage in Danger, has been awarded a Rapid Response Facility (RRF) small grant to help re-establish the presence of the protected area authority.  Recent civil strife in this country had led to the abandonment of site management offices in the area.  The grant will help repair and re-equip vital park protection infrastructure.   At its last meeting in June 2011, the World Heritage Committee had specifically requested the Government of Côte d’Ivoire to strengthen its management capacity in the property.

This site has a unique geography, rising above the surrounding savannah and consisting of dense forest and mountain pastures. Important fauna here includes endemic viviparous toad species and tool-using chimpanzees. For many years Nimba has been under threat from the bushmeat trade and removal of medicinal plants. Following the Ivorian political crisis that began in 2002, Nimba was also subject to massive infiltration of refugees escaping conflict, and from the resultant exploitation of natural resources.

Recognising the urgency of the threats facing Nimba and following an increase in political stability, the Office Ivoirien des Parcs et Réserves (OIPR) applied for funding from the RRF and is receiving $25,282 to rehabilitate guardrooms at Kouan-Houlé and Yéalé, the closest bases for active management of Nimba. The RRF will ensure that basic equipment, facilities and motorbikes are available quickly for OIPR staff to conduct regular patrols and establish a presence in the World Heritage site.

OIPR will continue to use central government funds to restore managerial capacity in the wider region, which will ensure that the RRF’s contribution is supported in the long term.

Nimba has been inscribed on the natural World Heritage site In Danger list longer than any other natural site, with the exception of Aïr and Ténéré Natural Reserves in Niger, which was inscribed at the same time. Nimba has been retained on the In Danger list because of a mining concession that falls within the World Heritage site boundaries and pressure from the surrounding areas as a result of refugee movements in both Guinea and Côte d’Ivoire.

This is not the first RRF award for OIPR. In 2010 funding was awarded to Comoé National Park, another World Heritage In Danger site, for a stabilisation mission following a period of conflict.

The RRF is an emergency small grant programme that provides rapid support to allow immediate responses to major threats to wildlife conservation, primarily in UNESCO designated natural World Heritage sites. The RRF is financially supported by the United Nations Foundation, Halcyon Land & Sea and UNESCO’s World Heritage Centre, TripAdvisor and UNESCO.   It aims to process emergency funding requests of up to US $30,000 in just eight working days.

3. Notes with concern the lack of progress accomplished in the implementation of the corrective measures adopted by the World Heritage Committee at its 31st (Christchurch, 2007) and 32nd (Quebec City, 2008) sessions respectively, due to continuing insecurity in the Côte d'Ivoire part of the property, and the current political situation in Guinea;

4. Notes the delay experienced by SMFG (Société des Mines de Fer de Guinée) in conducting an Environmental and Social Impact Study, due to the delay in the implementation of the mining project, and reiterates its request to ensure that the Environmental and Social Impact Study be conducted in accordance with the highest international standards and quantify the potential impact of planned mining on the property, in close consultation with all the stakeholders, and to submit all intermediate results to the World Heritage Committee;

5. Expresses its concern that the State Party of Côte d'Ivoire has not yet confirmed that all mining concessions have in fact been revoked within the property as requested by the World Heritage Committee since its 32nd session, and emphatically reiterates this request;

6. Requests the State Party of Côte d'Ivoire to engage in negotiations with all the stakeholders in order to ensure security to enable permanent access to the property by the managing authority;

7. Strongly urges the two States Parties to intensify their efforts in pursuing the implementation of the corrective measures and the other recommendations of the World Heritage Committee;

8. Also requests the States Parties of Côte d'Ivoire, Guinea and Liberia to develop and implement a common conservation strategy in the context of a tripartite meeting, and invites them to request international assistance from the World Heritage Fund for the organization of this meeting;

9. Further requests the States Parties to submit to the World Heritage Centre, by 1 February 2011, a detailed report on the state of conservation of the property and on progress accomplished in the implementation of the corrective measures and the other recommendations of the 2007 and 2008 missions, and the removal of threats linked to mining, for examination by the World Heritage Committee at its 35th session in 2011;

10. Decides to maintain the Mount Nimba Strict Nature Reserve (Côte d'Ivoire and Guinea) on the List of World Heritage in Danger.