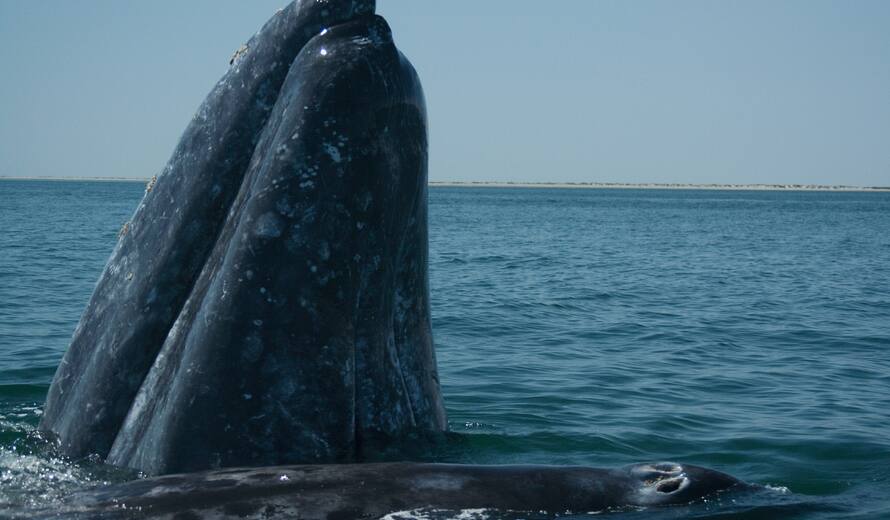 Whale Sanctuary of El Vizcaino and Islands and Protected Areas of the Gulf of California(both located in Baja California, Mexico).

The Whale Sanctuary of El Vizcaino site has been inscribed on the World Heritage List since 1993. It is the only calving and nursery area for the Eastern Pacific gray whale population, which traditionally travels there each season from the Bering and Chukchi seas in the Arctic, a voyage of thousands of miles. Among all gray whales in the world, this is the last population that is still in healthy condition.

The objective of the ecosystem-based management training was to assist the site with the development of an overview of the baseline conditions for these species and their habitat, as specified in the Outstanding Universal Value (OUV) of the site. This will lay the foundation for a comprehensive management plan which addresses species of the site.

The training resulted in a clear understanding by staff and other stakeholders of the various parts of a comprehensive management plan, and a commitment by them to move forward on both the management plan and raising awareness of the World Heritage status of the site among the local community, including stakeholders in tourism, fisheries and sea salt production. The initiative will be closely followed up by the World Heritage Marine Programme and is intending to attract some additional funds to support the work over the next two years.

The Islands and Protected Areas of the Gulf of California site is a serial site inscribed on the World Heritage List in 2005. It is comprised of 9 individual marine protected areas, all located in the Sea of Cortez. Currently it lacks an overarching management plan that addresses the OUV of the entire site but no prepared management plan for the whole of the site’s protection is available.

The training was short at this stage, as it focused on the introduction of Marine Spatial Planning and its usefulness in the development of an overall management plan, which would particularly address the connectivity among the individual parts of the serial site. Discussions were held with CONANP (Mexican Parks Service) to identify next steps which will likely include a meeting with individual site managers, tentatively at the end of 2011 or beginning of 2012.

The content of the training was based on marine spatial planning expertise, and particularly the guide “Marine Spatial Planning: a step-by-step approach toward ecosystem-based management” as developed by UNESCO’s Intergovernmental Oceanographic Commission (ioc3.unesco.org/marinesp) in 2009.