UNESCO and the Regional Government of Flanders sign a Trust Fund Agreement for the support of UNESCO’s activities in the field of heritage. 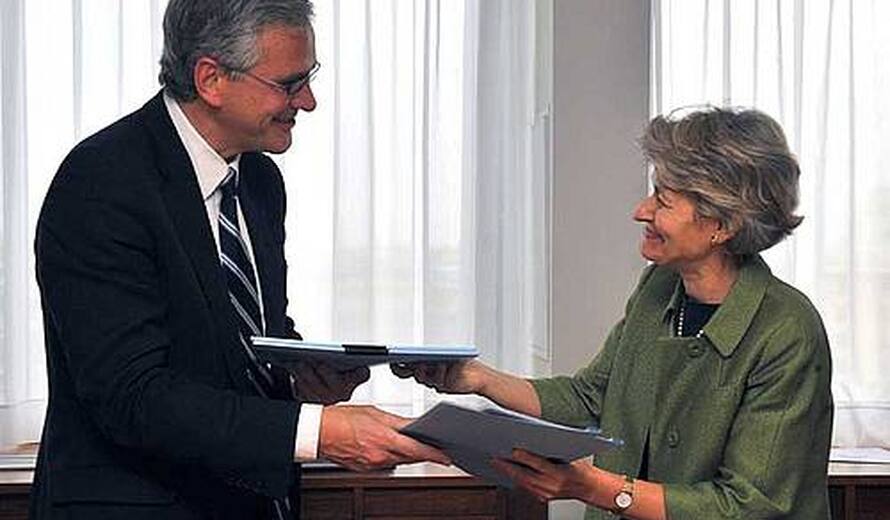 On 2 November 2010, the Director-General of UNESCO, Irina Bokova, and Kris Peeters, Minister - President of the Government of Flanders (Kingdom of Belgium), signed an agreement establishing a Trust Fund that will support UNESCO's activities in the field of heritage.

This is the third Trust Fund signed between UNESCO and the Government of Flanders. It bears witness to the trust and interest of Flanders in UNESCO's programmes as well as the region's willingness to continue the fruitful collaboration started in 1998.

The Flemish Government will provide biannual contributions to the Trust Fund in order to support UNESCO's work on Culture and Development, with a particular emphasis on cultural heritage as a driving force of cultural diversity and development.

The support provided by Flanders within this new Agreement will contribute to the implementation of the UNESCO's Conventions in the field of on Culture as well as to demonstrate the positive impact of culture for development.

The agreement encourages complementarity with projects already financed by the other Flemish Trust Funds established at UNESCO that support activities in the field of Science.

Under the new agreement, Flanders may also support UNESCO through the provision of contributions to UNESCO's Special accounts and UNESCO Category I Centres and Institutes, as well as through the secondment of experts to UNESCO.