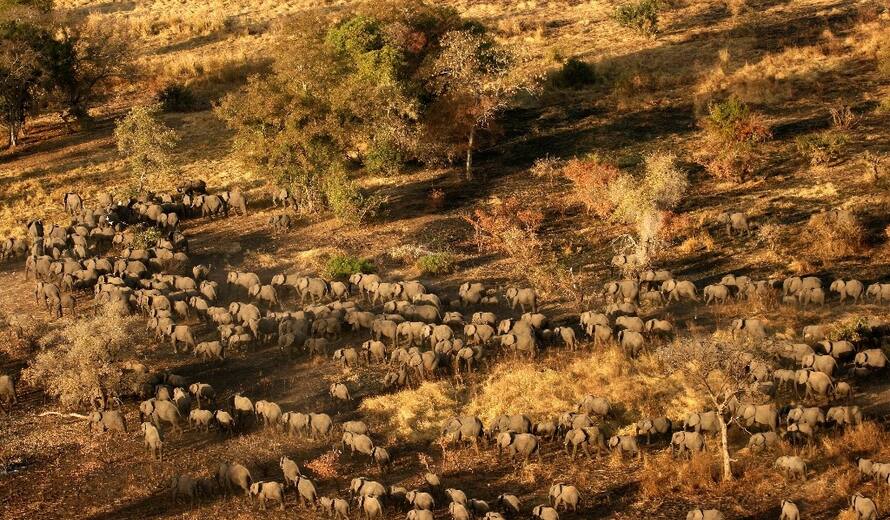 The Rapid Response Facility is an emergency small grant programme that provides rapid assistance to counter major threats to wildlife conservation, primarily in UNESCO designated natural World Heritage sites. In the month of November, the Rapid Response Facility awarded grants to stop elephant poaching in stunning Zakouma National Park in Chad, and support petroleum clean-up in the Nile River near the Bird Migration Routes site in Egypt, both sites that are currently on the tentative list for World Heritage official status.

Zakouma National Park in Chad has been described as one of the last bastions for wildlife in Central Africa. Located in the south of the country, the Park was the country's first to be designated in 1963. Chronic economic and political instability in this region of Africa have put severe pressure on wild places and animals. Twenty years ago Zakouma contained an estimated 40,000 elephants. Today as few as 500 elephants remain.

The reasons for the collapse in this population are complex and interlinked. Demand for ivory and an absence of sufficient protection at the Park level have decimated elephant herds. These impacts have been exacerbated by a protected area framework with complicated decision making processes that have proven inadequate in the fight against poaching.  During the winter dry season, hunting pressure increases dramatically - elephants become easy targets as they congregate around rare sources of fresh water. Though a major European Commission (EC) grant will become available in March 2011, the funding gap between now and then presents a major risk to the long-term survival of the Park's elephants. The EC grant will seek to address the root causes of the poaching crisis over a five-year period. African Parks Network (APN) was successful in its application to the Rapid Response Facility (RRF) for a bridging grant that will help it overcome this temporary gap in financing anti-poaching activities. Funds will contribute to the recruitment, training and equipping of an anti-poaching team including 55 horse-mounted guards, who will conduct regular patrols. An ecological monitoring unit will also be established, whose research will increase the level of understanding of the complex poaching and smuggling systems currently in operation in Zakouma.

The Rapid Response Facility's second grant went to Egypt.  In September 2010, 110 tons of diesel were spilled into the River Nile near Aswan, Egypt. Slicks dispersed rapidly and oil overwhelmed aquatic life. Located 7km from the slick area is a UNESCO tentative natural World Heritage site, called the Bird Migration Routes.  This location is an important stopover site for many bird species travelling between Europe and their African wintering grounds. The oil spill, in early autumn, came at a time when the area is used heavily by migrating birds.  Birds such as the ferruginous duck (Aythya nyroca) regularly feed in this area.

The Nature Conservation Sector of the Egyptian Environmental Affairs Agency applied for a small grant from the Rapid Response Facility (RRF), to evaluate the health of Nile birdlife following the spill. The RRF decided that if the area was to remain dangerous to birdlife, it could lead to high mortality around one of the most important flyways on the continent.  The RRF was therefore pleased to award $8,400 for cleaning of the affected area through traditional 'oil containment booms', made locally of rice straw, sacks and bamboo. Only seven days elapsed between the day RRF received the application, and the day the proponent was informed that it had been successful. During those seven days, a thorough analysis was done of the proposal, which included detailed input from third party experts called upon to provide their opinions, as well as an analysis of the capacity of the proponent to carry out the work.

After determining the extent of the polluted areas and performing the clean-up operation, the long-term plan is to develop a regional action plan for dealing with similar crises in the future. A winter bird count will be conducted during the 2010-2011 winter period, with the results expected to be used to propose an area north of the spill site as an Important Bird Area (IBA).

The RRF is financially supported by the United Nations Foundation, the Arcadia Land Trust and Jet Tours, and aims to process emergency funding requests of up to US$30,000 in just 8 working days.