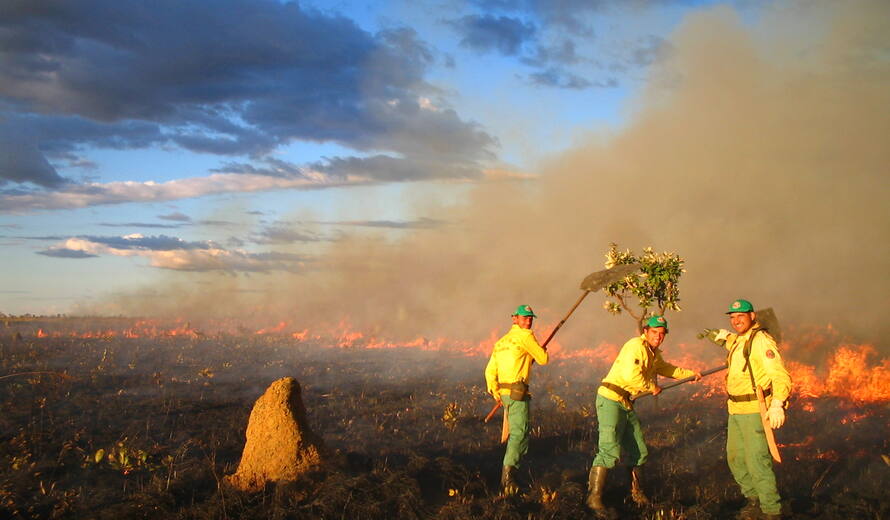 In its recently released first annual report, the Rapid Response Facility (RRF) Secretariat announced that it has taken an average of less than 6 days (below its 8-day target) to process requests for emergency grants, to solicit and receive reviews from at least two independent referees on the pertinence of the request, to decide on whether an application should be approved and to inform the applicants of the news. On the average, an additional 2.9 days were required for the funds to arrive into the successful applicant's bank.

The RRF was set up in response to the need to respond rapidly to catastrophes and to the sudden appearance of threats to natural World Heritage sites, on the assumption that a good deal of damage can be avoided if a response to emergency situations can be organized and implemented as soon as possible.  Typically, bi- and multilateral agencies, though often sources of important support, are not able to swiftly process requests for financing.  An often cited example is the "emergency" support delivered via a multilateral agency for the January 2001 oil spill in Galapagos: the grant arrived eleven months after the spill.

Operating out of the offices of Fauna and Flora International (FFI), the RRF Secretariat reports to the  Project Coordinating Group (PCG), consisting of FFI, the United Nations Foundation, and the UNESCO World Heritage Centre.  The Secretariat processes applications and calls on the PCG to review referee evaluations and to comment on grant proposals - all via e-mail.

Currently in its 2-year pilot phase, the RRF seeks to demonstrate that it is the ideal mechanism through which to assure not only a swift response to emergency needs in the field, but also to guarantee transparency and accountability of project funds.  Results to date are extremely positive, but the perennity of the RRF will depend on its ability to establish partnerships with supporters over the long term.  Efforts are currently underway in this regard.  For more information, consult this website ( https://whc.unesco.org/en/activities/41/)  or the RRF Secretariat directly at www.fauna-flora.org/rrf