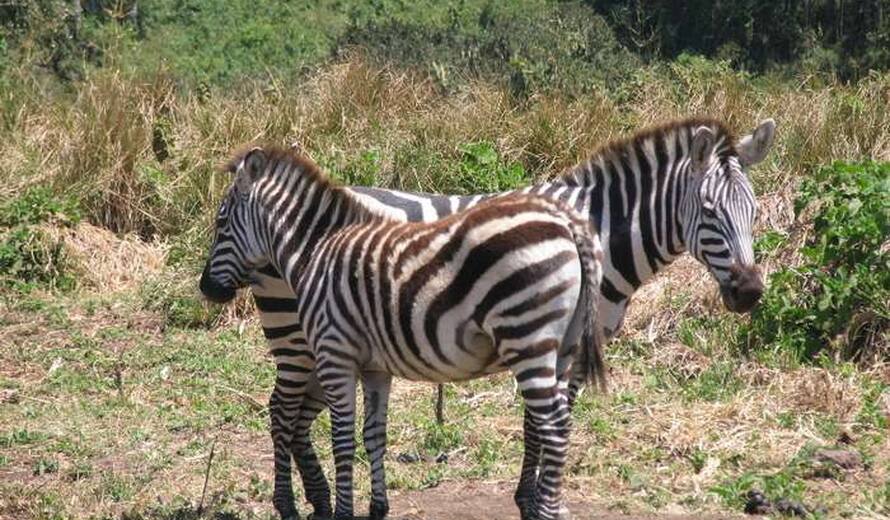 The state of conservation of Serengeti National Park was examined at the 34th Session of the World Heritage Committee meeting in Brasilia, in July 2010, and the Committee expressed its utmost concern about a proposed highway in the northern wilderness area of the Serengeti National Park. This proposed highway is a part of Tanzania's Transport Sector Improvement Program (2002-2012). The North Road would be a part of the 452 km Natta-Mugumu-Taboro 'B'-Kleins-Loliondo-Mto wa Mbu tarmac road, and would likely become a major transit route between Rwanda, Burundi and Eastern Congo. When finished, the road would dissect 53 km of the northern wilderness area of the Serengeti.

Along with the expressed concern, the World Heritage Committee has also asked Tanzania to consider one of the feasible and less environmentally damaging alternatives to the road. In terms of potential environmental deterioration, the damage to the park by the north road could be severe enough as to prompt inscription of the site on the List of World Heritage in Danger. Because of this, the Committee decided to send a monitoring mission by the World Heritage Centre and the International Union for Conservation of Nature (IUCN) to the site, in order to assess the potential threats and discuss alternatives with national authorities. There was also a request from the Committee to have a report submitted by the State party by 1 February, 2011, which should include the status of the North Road proposal.

The concern of the potentially irreversible damage has spread throughout the international community, and has received a great deal of attention from conservationists, international organizations and the public alike. The UNESCO World Heritage Centre has received many petitions in response to Tanzania's North Road plan, and is continuing to reassure those concerned parties of UNESCO's commitment to finding a solution to the issue.