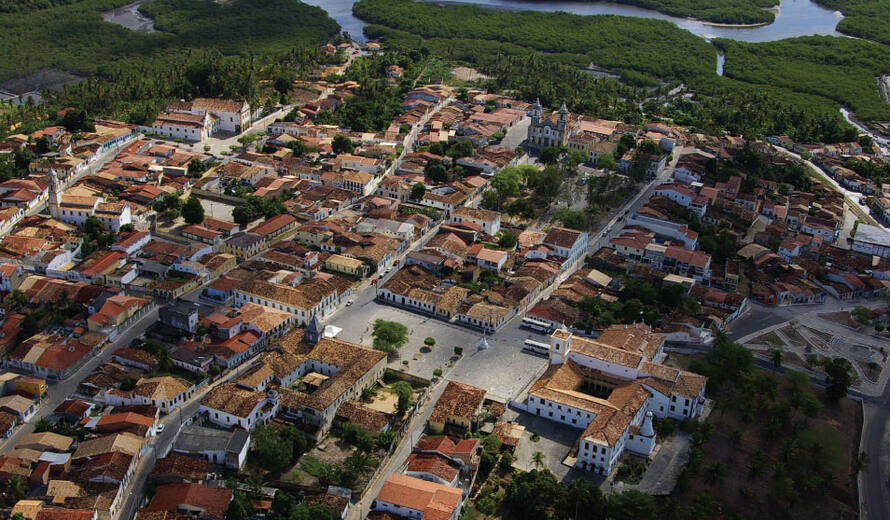 The cultural sites are (in order of inscription):

São Francisco Square in the town of São Cristovão (Brazil)

São Francisco Square, in the town of São Cristovão, is a quadrilateral open space surrounded by substantial early buildings such as São Francisco Church and convent, the Church and Santa Casa da Misericórdia, the Provincial Palace and the associated houses of different historical periods surrounding the Square. This monumental ensemble, together with the surrounding 18th- and 19th- century houses, creates an urban landscape which reflects the history of the town since its origin. The Franciscan complex is an example of the typical architecture of the religious order developed in north-eastern Brazil.

The natural sites inscribed are (in order of inscription)

The Phoenix Island Protected Area (PIPA) is a 408,250 sq.km expanse of marine and terrestrial habitats in the Southern Pacific Ocean. The property encompasses the Phoenix Island Group, one of three island groups in Kiribati, and is the largest designated Marine Protected Area in the world. PIPA conserves one of the world's largest intact oceanic coral archipelago ecosystems, together with 14 known underwater sea mounts (presumed to be extinct volcanoes)  and other deep-sea habitats. The area contains approximately 800 known species of fauna, including about 200 coral species, 500 fish species, 18 marine mammals and 44 bird species. The structure and functioning of PIPA's ecosystems illustrates its pristine nature and importance as a migration route and reservoir. This is the first site in Kiribati to be inscribed on the World Heritage List.

The Pitons, cirques and remparts of Reunion Island site coincides with the core zone of La Réunion National Park. The property covers more than 100,000 ha or 40 % of La Réunion, an island comprising two adjoining volcanic massifs located in the south-west of the Indian Ocean. Dominated by two towering volcanic peaks, massive walls and three cliff-rimmed cirques, the property includes a great variety of rugged terrain and impressive escarpments, forested gorges and basins creating a visually striking landscape. It is the natural habitat for a wide diversity of plants, presenting a high level of endemism. There are subtropical rainforests, cloud forests and heaths creating a remarkable and visually appealing mosaic of ecosystems and landscape features.

Spread over an area of over 27,000 ha, at an altitude between 1008 and 2914 m in the Pirin Mountains, southwest Bulgaria, the site comprises diverse limestone mountain landscapes with glacial lakes, waterfalls, caves and predominantly coniferous forests. It was added to the World Heritage List in 1983. The extension now covers an area of around 40,000 ha in the Pirin Mountains, and overlaps with the Pirin National Park, except for two areas developed for tourism (skiing). The dominant part of the extension is high mountain territory over 2000m in altitude, and covered mostly by alpine meadows, rocky screes and summits.

These sites are in addition to 20 other mixed and cultural sites inscribed or extended during the current session of the Committee in Sri Lanka, the United States of America, United Republic of Tanzania, Saudi Arabia, Australia, India, Iran (2), Marshall Islands, Republic of Korea, Viet Nam, China, Tajikistan, France, Netherlands, Germany, Norway, Austria, Romania and Spain.