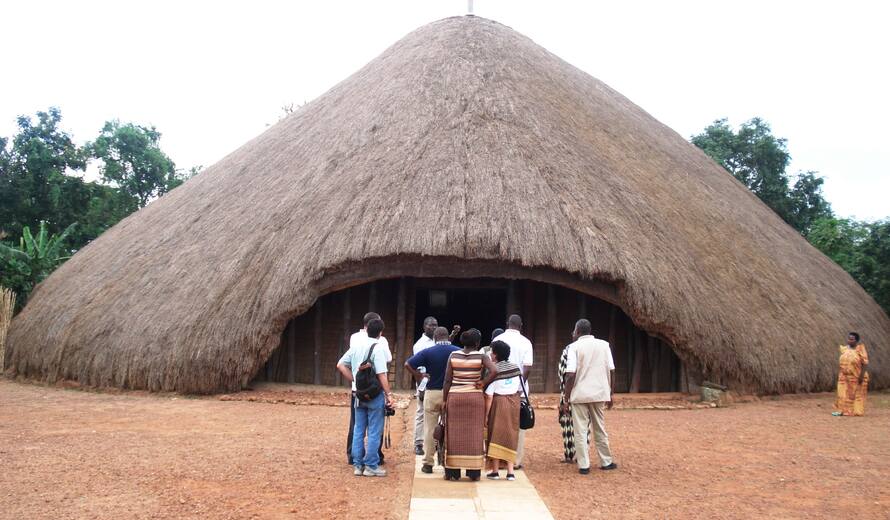 UNESCO Director-General Irina Bokova today expressed her relief at the news that the reconstruction of the Tombs of Buganda Kings at Kasubi (Uganda) is feasible, following its near-destruction by fire on 16 March.

"I am glad to report that an expert mission confirms the feasibility of this unique World Heritage site's reconstruction. UNESCO will do everything in its power to help the Ugandan authorities mobilise the resources needed to bring this site back to life and to ensure its future safeguarding. We are already activating emergency funds for this purpose," she said.

The expert mission was sent by the Director-General at the request of the government of Uganda. Only the walls and some of the frame of the Muzibu Azaala Mpanga - the building that housed the four royal tombs - still stand, but they have been seriously weakened. Situated on the Kasubi Hill, five kilometres from the Kampala city centre, the building was thatched with dry grass and wood which burned in the fire.

"The reconstruction of the tombs is feasible. The know-how and material resources used in building the original edifice in the late 19th and early 20th centuries are still readily available locally," said Lazare Eloundou, Chief of the Africa Unit at UNESCO's World Heritage Centre, who led the mission. "The main priority even before reconstruction has to be the building of temporary shelters for the Royal tombs to allow ritual ceremonies and practices to be maintained and the collection of all available documentary data about the property."

Its report will be examined by the World Heritage Committee during its next session which will be held in Brazil (July-August 2010). The Committee is expected to mobilize international support for the reconstruction. The UNESCO mission encouraged the Ugandan authorities to wait for international input, both material and technical, before they start rebuilding the property.

The Tombs of Buganda Kings at Kasubi were inscribed on the UNESCO World Heritage List in 2001 when they were recognized as a masterpiece of human creativity, bearing eloquent witness to the living cultural traditions of the Baganda people, Uganda's largest ethnic group. The site has been an important centre of religious activity for the Baganda since it was established at the end of the 19th century.