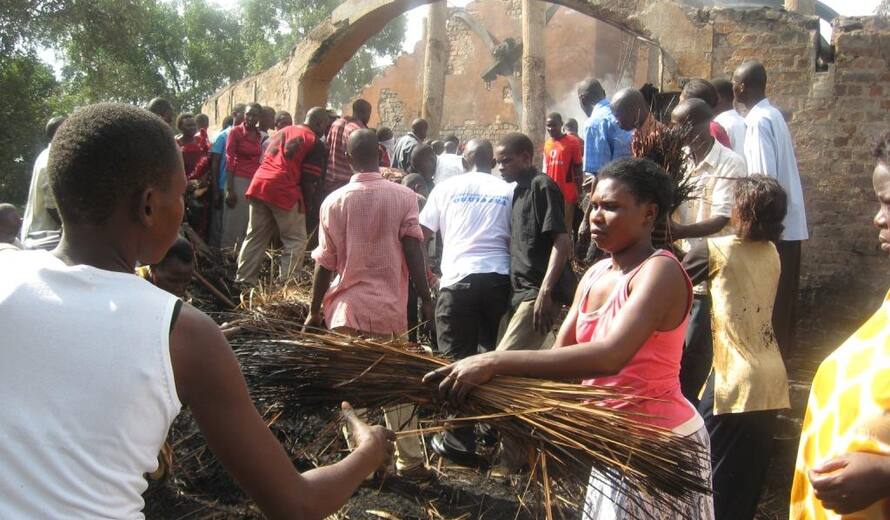 Irina Bokova, Director-General of UNESCO, today expressed her sorrow over the tragic fire that ravaged the Tombs of Buganda Kings at Kasubi, a World Heritage site in Uganda, and the deaths of two people in protests that followed the blaze. She made an appeal for calm and said UNESCO stands ready to help Ugandan authorities to assess damages and plan remedial action at this major religious centre.

"The Tombs of Buganda Kings at Kasubi is a World Heritage site of great cultural and spiritual significance. The destruction of this site is a tragic loss for the whole world," Ms Bokova said. "I am also deeply distressed to learn that two people lost their lives in protests that followed the fire, and hope there will be a swift return to calm at this difficult time.

"I  would like to assure the people of Uganda that UNESCO stands ready to mobilize its experts to help local authorities assess the damage and plan remedial action at Kasubi," she said.

Located on the Kasubi Hill, five kilometers from the Kampala city centre, the historic site, including four royal tombs, suffered extensive damage in the fire, the causes of which are still unknown. The site's buildings were thatched in dry grass and wood and efforts to contain the blaze proved futile. Angry protesters suspecting arson gathered at the site, and two were reportedly shot dead by police.

The Tombs of Buganda Kings at Kasubi were inscribed on the World Heritage List in 2001 and were recognized as a masterpiece of human creativity, bearing eloquent witness to the living cultural traditions of the Baganda people, Uganda's largest ethnic group. The site has been an important centre of religious activity for the Baganda since it was established at the end of the nineteenth century.