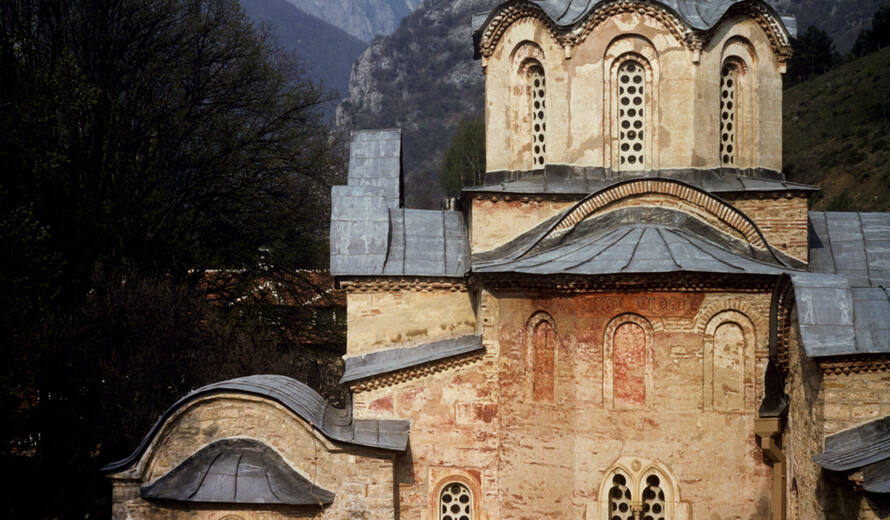 The World Heritage Committee Thursday decided to extend the site inscribed on UNESCO's World Heritage List in 2004 as Dečani Monastery (Serbia) and place it on the List of World Heritage in Danger. The Committee also extended Andorra‘s site of Madriu-Perafita-Claror Valley (Andorra), adding a buffer zone to the property that was listed in 2004. These inscriptions end additions and changes to the World Heritage List which now numbers 830 sites. The World Heritage Committee decided to extend the site of the Dečani Monastery by adding to it three groups of churches, the Patriarchate of Peć Monastery, Gračanica Monastery and the Church of the Virgin of Ljeviša. The site is now to be known as Medieval Monuments in Kosovo. The extended property, mainly dating from the 13th and 14th centuries, was also placed on the List of World Heritage in Danger due to difficulties in its management and conservation stemming from the region's political instability. The Committee requested that the State Party (Serbia) work with UNESCO programmes, with the United Nations Mission to Kosovo (UNMIK) and with the Provisional Institutions of Self-Government in Kosovo in caring for the site.

The four edifices of the site reflect the high points of the Byzantine-Romanesque ecclesiastical culture that developed in the Balkans between the 13th and 17th centuries with its distinct style of wall painting. The Patriarchate of Peć Monastery is a group of four domed churches, on the outskirts of Peć featuring series of wall paintings. The 13th-century frescoes of the Church of Holy Apostles are painted in a unique, monumental style. Early 14th-century frescoes in the church of the Holy Virgin represent the appearance of the new so called Palaiologian Renaissance style, combining the influences of the eastern Orthodox Byzantine and the western Romanesque traditions. The style played a decisive role in subsequent Balkan art.

The Committee approved the proposal of Andorra to make a minor extension to its first site on the World Heritage List, inscribed in 2004. Madriu-Perafita-Claror Valley, which offers a microcosmic perspective of the way people have harvested the resources of the high Pyrenees over millennia, now has a larger buffer zone. This improves the protection awarded to this cultural landscape with its dramatic glacial landscapes of craggy cliffs and glaciers, with high open pastures and steep wooded valleys covering an area of 4,247 hectares, 9% of the total area of Andorra.

During its current session, chaired by Ina Marčiulionytė, Chairperson of the World Heritage Committee and Permanent Delegate of Lithuania to UNESCO, 18 new sites were inscribed. They include two natural sites and the extension of one natural site, which also became a transboundary property. Sixteen cultural sites were inscribed, one of them transboundary and three existing sites were extended. Improvements in the state of conservation of five sites warranted their removal from the List of World Heritage in Danger, while two sites were added to that list, which now numbers 31 sites. Mauritius had its first site added to the List during this session.