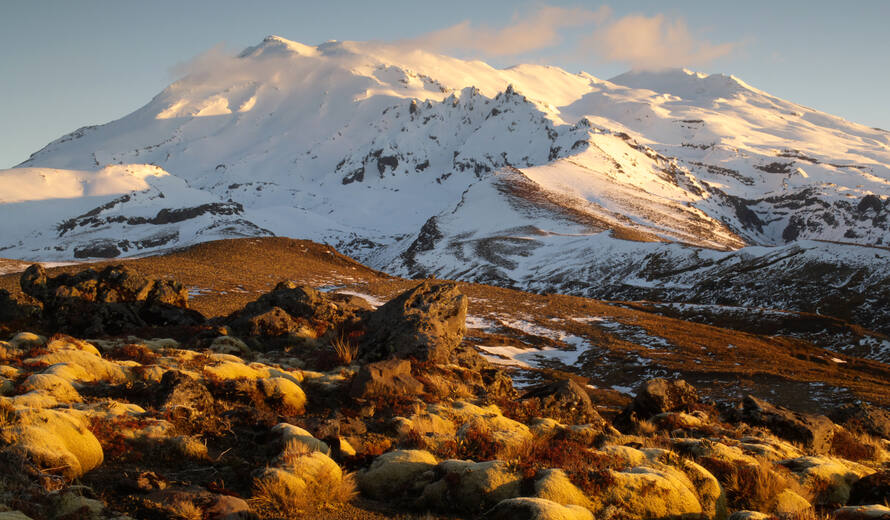 Mountain biodiversity is the theme of this year’s International Mountain Day, a day to reflect on the importance of their rich biodiversity, as well as address the threats they face.

Mountains are home to 15% of the world´s population and host about half of the world's biodiversity hotspots. They provide freshwater for everyday life to half of humanity. Their conservation is a key factor for sustainable development and is part of Goal 15 of the Sustainable Development Goals.

Mountain areas are increasingly under threat from climate change (linked to another SDG: 13) and overexploitation. International Mountain Day is an opportunity to highlight the role that the World Heritage Convention is fulfilling in order to safeguard mountain protected areas, as well as to strengthen resilience of these places and mountain peoples to address these challenges.

In 1993, Tongariro National Park (New Zealand) was the first cultural landscape inscribed on the World Heritage List, recognizing the cultural and religious significance of its mountains for the Maori people and symbolizing the spiritual links between this community and its environment. At the 43rd session of the World Heritage Committee, Risco Caido and the Sacred Mountains of Gran Canaria Cultural Landscape (Spain) was inscribed on the World Heritage List.  The property has a huge central mountainous area on Gran Canaria island, sheltered by the Caldera de Tejeda, and formed of cliffs and ravines, in an area of exceptional biodiversity.

The site was affected by a major fire just after inscription, which reminds us of increasing threats to World Heritage and the continuous efforts necessary to safeguard and manage them. Mountain World Heritage sites and their rich biodiversity must continue to be protected by all of us for the benefit of future generations to come.