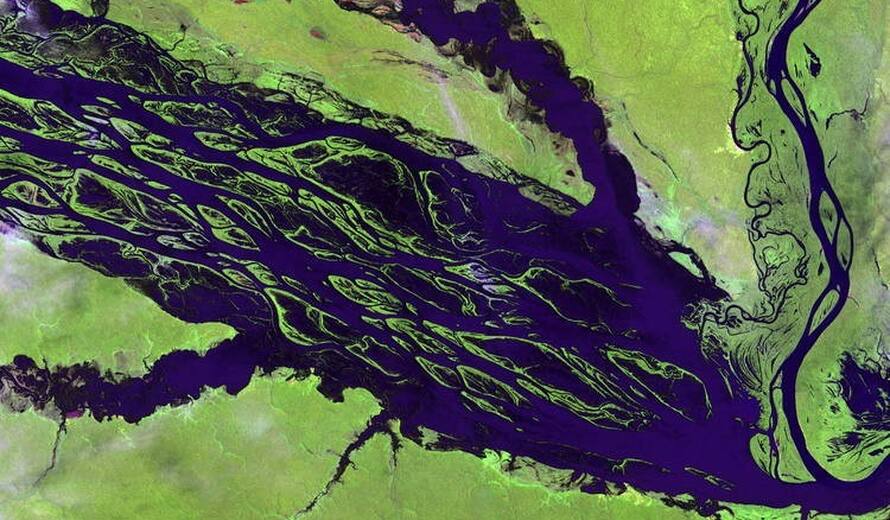 This year’s World Wetlands Day under the theme of “Wetlands and Climate Change” highlights the importance of healthy and intact wetlands to one of the most pressing challenges of our times: climate change.

Celebrated annually on 2 February, the day the Ramsar Convention on Wetlands was adopted in 1971, World Wetlands Day is a success story of the international community ensuring efficient conservation and legal protection of wetlands worldwide.

Covering a different topic each year – for example “Wetlands for a Sustainable Urban Future” (2017) or “Wetlands for Disaster Risk Reduction” (2016) – this year’s theme raises awareness of the importance of wetlands, such as swamps, marshes, mangroves or peatlands, to help us cope with and mitigate global warming. While 90% of disasters are water related, affecting 60% of humanity that lives along coastlines by flooding and tsunamis, wetlands are also the key to climate change mitigation. They function as a natural and extremely efficient carbon sink: for example, peatlands – covering only 3% of land mass, absorb and store twice the amount of carbon as all the world’s forests combined, namely 30%. Moreover, wetlands act as a buffer for climate catastrophes that help communities be resilient against the immediate impacts of climate change.

However, these fragile environments are threatened by human activity: wetlands are disappearing at a rate of 1% per year, which is at a higher rate than deforestation. They are exposed to draining and burning for agricultural enterprise and rural development, as well as rising sea levels. Nevertheless, members of the global community are acting – through instruments such as the World Heritage Convention and the Ramsar Convention, which contribute to achieving overarching global climate change mitigation goals manifested in the Paris Agreement and the 2030 Sustainable Development Agenda.

To save these rich ecosystems, important for the well-being of our planet and humanity, wetlands benefit from a protective framework on the international level – to the extent that some wetlands areas are both guarded by the Ramsar Convention and by the World Heritage Convention, recognizing their multiple cultural and natural values. According to the World Heritage Review on Wetlands, more than 130 Ramsar sites are wholly or partially inscribed in 90 World Heritage properties. The largest multi internationally designated areas include examples such as the Amazon River basin in Brazil and Sundarbans in India and Bangladesh. The World Heritage Centre takes the occasion of the World Wetlands Day to reiterate the welcome partnership and cooperation between both Conventions. 2019 likewise marks the 20th anniversary of the Memorandum of Understanding established between both Convention secretariats.