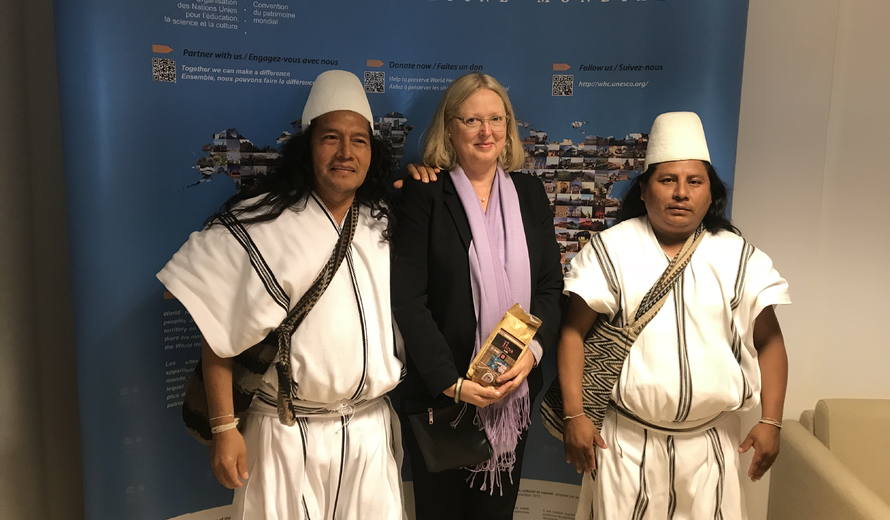 The World Heritage Centre received today a visit from a delegation of representatives from the Arhuaco indigenous community of the Sierra Nevada de Santa Marta, included on Colombia’s Tentative List since 2012 as a potential mixed World Heritage property.

The Sierra Nevada de Santa Marta is the highest coastal mountain range in the world, and contains samples of all existing biomes in Colombia, making it an important reservoir of fauna and flora. For thousands of years, the area has been home to indigenous groups descending from the Tayrona culture, as is the case of the Arhuacos, Kogui, Kankuamo and Malayo indigenous communities who continue to preserve their traditions and their original languages, despite the different pressures of the contemporary world.