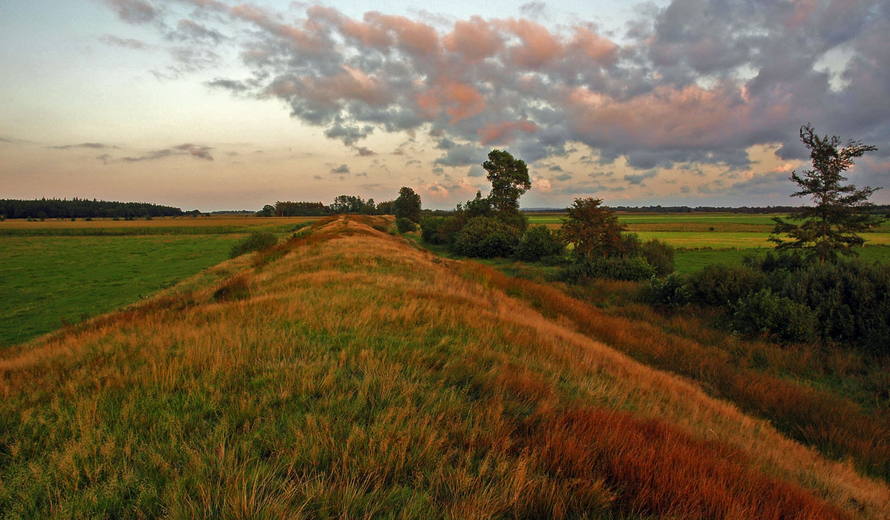 The Crooked Wall of the Danevirke, Archaeological Border Complex of Hedeby and the Danevirke (Germany) © Archäologisches Landesamt Schleswig-Holstein / Rainer Heidenreich