Reconstruction and recovery in Iraq: Reviving the Spirit of Mosul 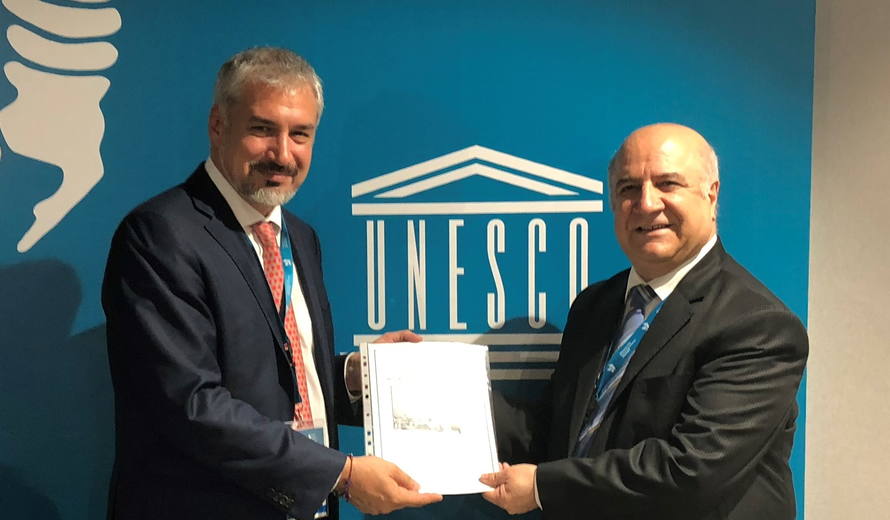 The ‘Revive the Spirit of Mosul’ Initiative was presented on 30 June 2018 during the 42nd session of the World Heritage Committee.

Launched by UNESCO Director-General Audrey Azoulay in February 2018, the Mosul Initiative is conceived in partnership with the Iraqi Government to integrate the human dimension in the reconstruction and recovery of the city, particularly through culture and education, after years of painful destruction. Between 2014 and 2017, historic monuments and sites were systematically destroyed in Iraq.

Ernesto Ottone-Ramirez, UNESCO Assistant Director-General for Culture, pointed out that the international community has the responsibility to support the Iraqi people in the reconstruction and recovery of Iraq, and that the first signs are already positive. “Last April in Baghdad, UNESCO and the United Arab Emirates signed a historic partnership for the reconstruction of Mosul, which includes rebuilding the iconic Great Mosque of Al Nuri and its leaning Al-Hadba minaret. This pioneering partnership is a message of hope that Iraq's future will be shaped with its young women and men as agents of reconstruction and change in a prosperous, inclusive, reconciled and open society.” The United Arab Emirates have committed USD 50.4 million to rebuild and restore the Al Nuri Mosque over a five-year period.

H.E Fryad Rawandouzi, Minister of Culture, Tourism and Antiquities of Iraq, expressed his gratitude to the countries standing alongside Iraq to protect its culture. “Iraq, which has stood up in the face of terrorism and triumphed, is fully aware of the power of culture to bring back hope and peace, and restore the archaeological sites, museums, buildings and intangible heritage that terrorism has destroyed. Culture contributes to peaceful coexistence.” He also took the occasion to hand to Mr Ottone-Ramirez the submission of Mosul to be included on the Tentative List of sites of Iraq, for potential future inscription on the World Heritage List.

H.E Ruba Al Hassan, Undersecretary of the Ministry of Culture and Knowledge Development, United Arab Emirates, said, “We have a collective responsibility, not only in the Arab region, but in the wider international community towards Iraq and other nations that have endured conflict to work towards protecting our shared heritage, not only as Muslims or as Arabs but as human beings who value the wealth and weight that heritage and culture brings to enriching our common humanity.”

Mosul is a living symbol of the multifaceted identity of Iraq, and one of the oldest cities in the world; it is at the crossroads of the Middle East and bears witness to the wealth of civilizations that crossed the region over centuries. The archaeological site of Nimrud, the Museum of Mosul, the Nabi Younes Shrine and many other sites there have been targeted for intentional destruction.

The ‘Revive the Spirit of Mosul’ initiative is a UNESCO priority and one of its most ambitious reconstruction and recovery campaigns.

A conference organized in conjunction with the Iraqi Government will take place at UNESCO Headquarters in Paris on 10 September 2018, to mobilize the support of the international community.