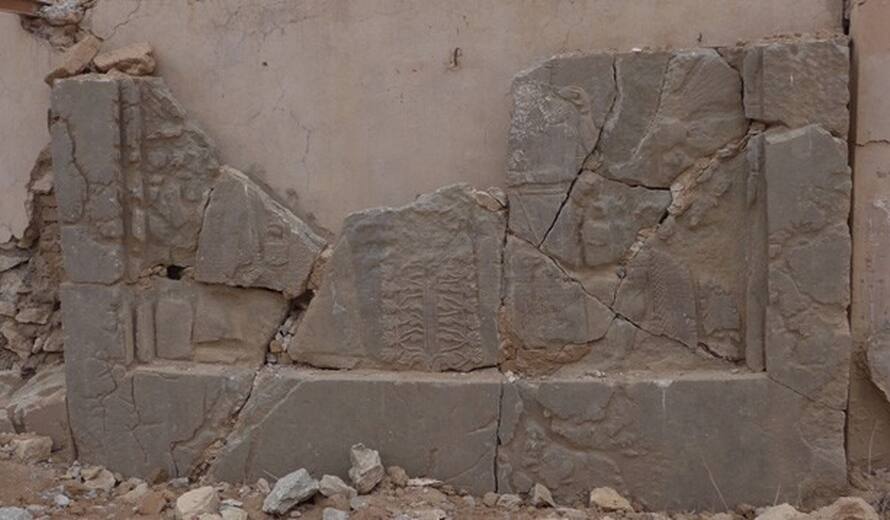 The UNESCO office in Iraq has led a rapid assessment mission to the Nimrud archaeological site, located in Nineveh Governorate, Iraq, on 14 December 2016. The objective of the mission was to assess the overall state of conservation of the site, in particular the extent of damage resulting from the deliberate destruction by ISIL/Daesh over the past 2 years. In addition, the mission aimed to identify emergency safeguarding measures that could be taken in order to prevent any further loss.

“In Nimrud, large-scale, systematic and deliberate destruction of the site’s archaeological remains have occurred over the past years. UNESCO reiterates its full determination to work with the Iraqi authorities to ensure the safeguarding of what remains and lay the foundation for a progressive recovery of the site. This is important for the people of Iraq. This is key for the security and stability of the region. This is important for the history of humanity”, said Irina Bokova, Director General of UNESCO.

At the ziggurat, built structures and carved reliefs have sustained considerable damage as a result of explosions and bulldozing, emergency measures will entail the immediate physical protection of the site in order to allow for detailed documentation and preventing potential looting of remaining fragments.

Mrs. Layla Salih from the State Board of Antiquities and Heritage of Iraq, and Mr. Seedo Takani from the Provincial Council of Nineveh also participated in the assessment.

Actions for the safeguarding and longer-term recovery of the site will be presented by UNESCO and discussed with key national and international stakeholders at an International Coordination Meeting on the Cultural Heritage in the Liberated Areas of Iraq to be held at UNESCO Headquarters, Paris, on 23-24 February 2017.

The archaeological site of Nimrud, also known as Kalhu, is one of the main archaeological sites of the Assyrian period in Iraq. Established during the 13th century BC, the city was built by the Assyrian King Shalmaneser I (1274 - 1245 BC), and later became the second capital of the Assyrian Empire under King Ashurnasirpal II (883-859 BC). Archaeological excavations started in 1845 and have revealed the remains of palaces, fortifications, a ziggurat, the temples of Nabu and Ishtar, as well as several royal tombs. Distinctive Assyrian artistic and architectural remains include large statues, panels and reliefs that adorned the Palace of Ashurnasirpal, recounting his military campaigns and his achievements, and providing further understanding about ancient Mesopotamia.