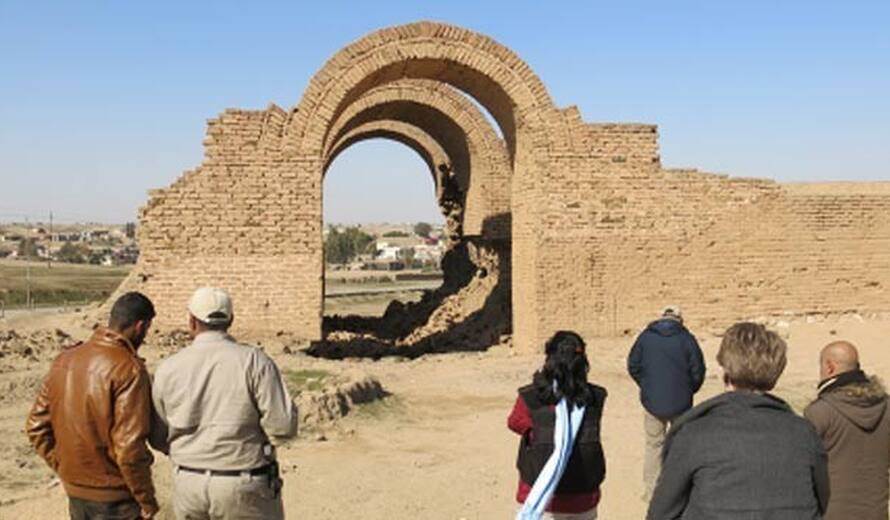 A two-day International Coordination Conference on the Safeguarding of Cultural Heritage in Liberated Areas of Iraq ended at UNESCO’s Headquarters on Friday, laying the ground for an emergency, medium and long term action plan to preserve the country’s rich, diverse millennial archaeological sites, its museums, religious heritage, and historic cities.

The Iraqi government officials and some 80 heritage experts from all over the world at the meeting agreed to appoint a joint UNESCO-Iraqi Steering Committee to coordinate and advocate the many national and international initiatives to rehabilitate the cultural heritage of Iraq.

Irina Bokova, UNESCO Director-General, said that damage was even greater than had been feared and she described today’s meeting as the start of a long heritage rehabilitation process which is likely to require decades of work. “This is a turning point for the Iraqi people and for the world’s understanding of the role of heritage for societies in conflict situations.” Less than three months after sending emergency missions to Nineveh and Nimrud, and, more recently, a damage assessment mission to the World Heritage site of Ashur, Ms Bokova said that “UNESCO is already mobilizing on the ground to support Iraq in protecting heritage and objects most at risk, and to fence off and guard sites.”

According to Qais Rasheed, Iraq’s Vice-Minister of Culture for Antiquities and Tourism Affairs, violent extremists have wreaked severe damage to archaeological sites of world importance, destroying up to 70% of Nineveh and 80% of Nimrud. They systematically dug tunnels in Mosul and other heritage sites in search for antiquities to sell on the Internet and black market. Mohammad Iqbal Omar, Iraq’s Minister of Education, stressed that “we must stop the trade in Iraqi antiquities, adhere to UN Security Council Resolution 2199 [banning all cultural trade from Iraq and Syria], and dry up Daesh’s money flow.”

“As we reclaim our country,” said Fryad Rawandouzi, Minister of Culture, “We need help from UNESCO, the UN and others to rehabilitate museums, cities and sites, and return stolen objects. We need a plan with a timeline, as well as technical and financial support.”

The meeting also included an information session for representatives of UNESCO’s 195 Member States, crucial to raise funds for strategic safeguarding priorities identified during the meeting: archaeological sites; museums and museum collections; World Heritage sites and those on the “Tentative List” [slated to apply for World Heritage status in the future]; historical manuscripts; historical buildings and urban heritage; as well as religious heritage.

Many of the actions identified, were qualified as urgent, notably the need to conduct thorough damage assessment and protection measures such as the fencing off of exposed sites.

“Daesh tried, but will never erase our culture, identity, diversity, history and the pillars of civilization. I call on the world to help us,” declared Mohammad Iqbal Omar, the Education Minister of Iraq.

The meeting was organized by UNESCO and the Iraqi Ministry for Culture, with financial support by the Government of Japan in the framework of the project Preventive Conservation of Iraq’s Museum Collections and Cultural Heritage at Imminent Risk, carried out by the UNESCO Iraq Office in Baghdad.