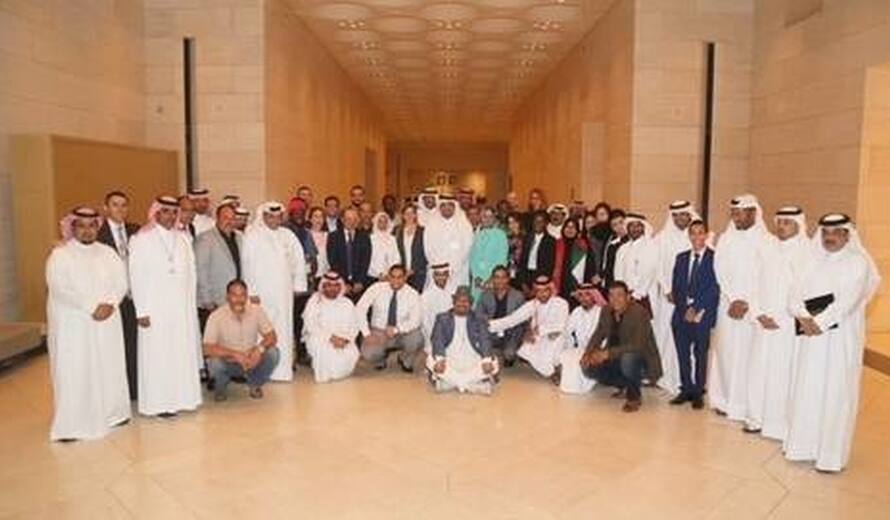 World Heritage Volunteers at the closing ceremony held at the Museum of Islamic Art, Doha