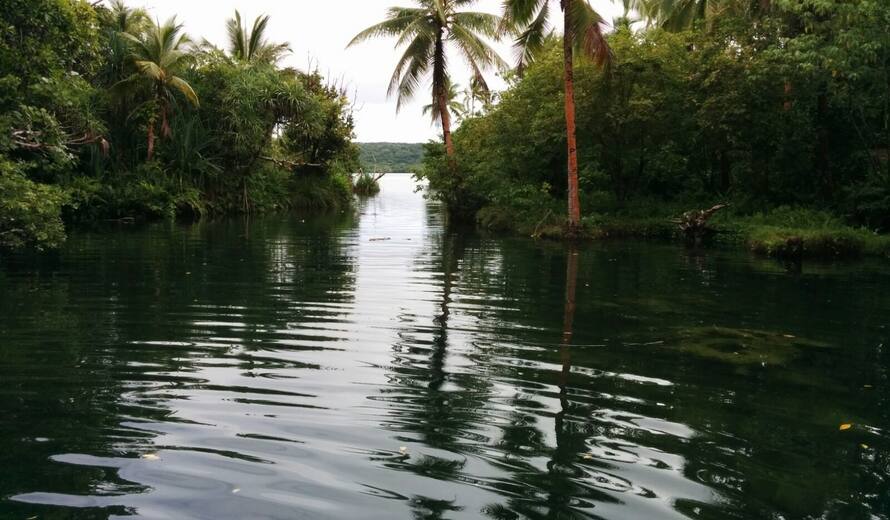 The Solomon Islands host a chain of coral atolls in the western Pacific, about 1800 kilometers northeast of Australia. The southernmost island in the group is Rennell Island. At 86 kilometers long and 15 kilometers wide, Rennell is the largest raised coral atoll in the world. East Rennell, on the southern end of Rennell Island, was inscribed on the World Heritage List in 1998 for its role as a major stepping stone in the migration and evolution of species in the western Pacific.

East Rennell was the first natural property inscribed on the World Heritage List with customary ownership and management. A prominent feature of the site is Lake Tegano, the former lagoon of the atoll, which at 15,000 hectares is the largest lake in the insular Pacific. The lake contains species found nowhere else on the planet, and is surrounded by dense and unique forest that is considered part of the sites’ Outstanding Universal Value.

East Rennell was inscribed on the List of World Heritage in Danger in 2013 for threats to it Outstanding Universal Value posed by commercial logging of its forests and the uncontrolled invasion of rats. The site also suffers from over-exploitation of its marine resources of which little is known to date.

The Marine World Heritage Program’s advisory mission this month was undertaken in partnership with the World Heritage Centre’s advisory body, IUCN. It was designed to assist Solomon Islands government with the design of a Desired State of Conservation for Removal (DSOCR) of the property from the List of World Heritage in Danger. The DSOCR is developed together with the government and site managers on the ground and defines the condition for restoring the sites’ exceptional values that merited the sites’ World Heritage recognition. Once those conditions are met, the site would become eligible for removal from the Danger List. The results of the mission will help inform the World Heritage Committee decision about the conservation status of East Rennell at its next meeting from 10-20 July 2016 in Istanbul, Turkey.

The mission to East Rennell is part of an enhanced focus on assisting countries with the removal of their marine sites from the List of World Heritage in Danger. This work is funded through a partnership with the Government of Flanders in Belgium. Earlier this year, a similar visit was undertaken to Belize Barrier Reef.