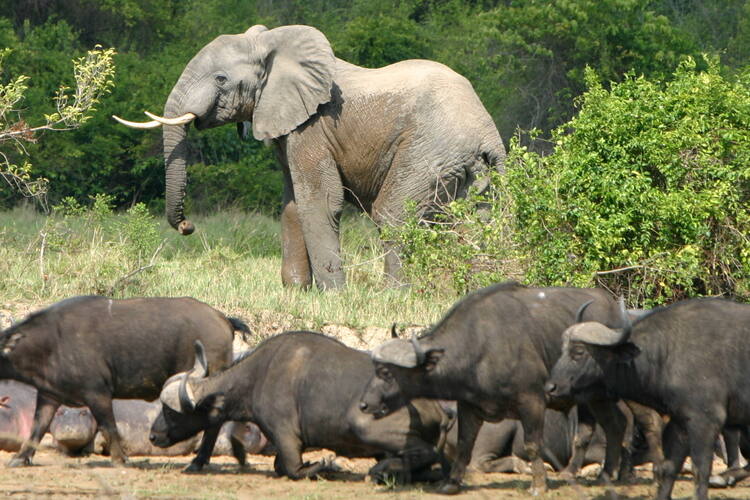 “The Elephant Collaring Project Team” from Virunga National Park in the Democratic Republic of the Congo is an initiative which aims at strengthening the safeguarding of elephants using radio tracking with specially designed elephant collars. The Park’s goal is to reach 120,000 USD in donations, within 10 weeks.

The donated funds will be used to enable the tracking of ten elephant families for three years, using ten professionally-fitted collars providing satellite-linked monitoring. This equipment will allow the deployment of rangers who are close to the pachyderms for fast response against poachers.

An alarming 90% decrease in the elephant population was recorded in the last twenty years, as a consequence of The Great Lakes conflict. The Outstanding Universal Value of the park is still under threat from poaching, which considerably impacted the number of wildlife animals, particularly due to the growing, illegal demand for ivory.

The increased poaching of wildlife, the difficulties faced in regard to park management, the massive influx of refugees occupying adjacent parts of the park and the widespread depletion of forests in the lowlands are all threats for which the Virunga National Park was inscribed on the List of World Heritage in Danger in 1994.

Virunga National Park in the DRC was inscribed on the World Heritage List in 1979. It is the oldest African National Park. It covers an area of 7,900 km2, from swamps and steppes to the snowfields of Rwenzori at an altitude of over 5,000 m, and from lava plains to the savannahs on the slopes of volcanoes. The Park comprises a distinctive range of habitats which is home to an exceptional biodiversity, notably endemic, rare and globally threatened species.

To learn more about the work being done in Virunga National Park, visit: http://virunga.org/