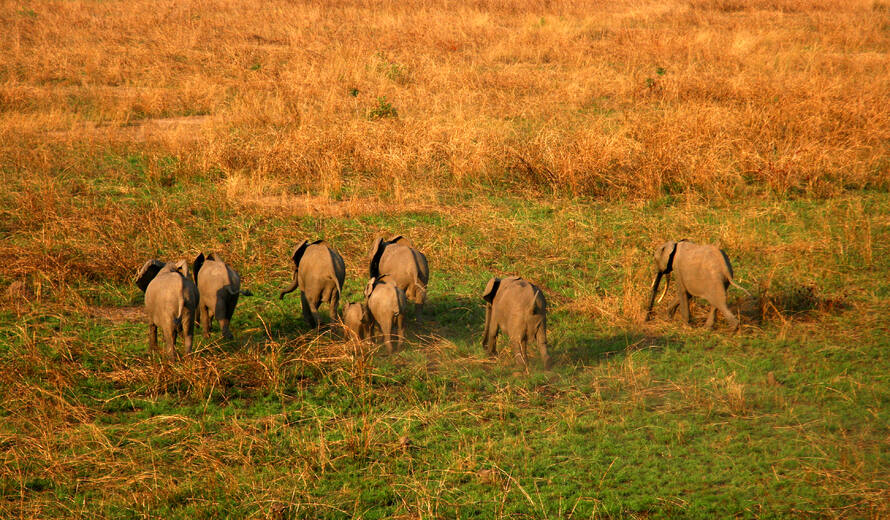 The World Heritage Centre congratulates the Democratic Republic of the Congo (DRC) for the establishment of a Corps with the aim of securing national parks. On 15 June 2015 the DRC published decree n° 15/012 on the establishment of a Corps in charge of securing national parks (Corps en charge de la sécurisation des Parcs Nationaux, or CorPPN) and related nature reserves.

The CorPPN will ensure the protection of national parks and nature reserves, and support anti-poaching efforts and the fight against wildlife crimes throughout the country. The new institution will be placed under the authority of the Ministry of National Defense, Tourism and the Environment, and coordinated by the Congolese Institute for Nature Conservation (l’Institut Congolais pour la Conservation de la Nature - ICCN). CorPPn staff members will come from the national army, police, specialized security services, conservators and ICCN guards. Brigades will be deployed in the five World Heritage sites of the DRC: Kahuzi-Biega National Park, Garamba National Park, Salonga National Park, Virunga National Park and Okapi Wildlife Reserve; as well as national parks of Maiko, Upemba, Lomami and Kundelungu.

This decision falls within the framework of the implementation of the Kinshasa Declaration, signed by the Director-General of UNESCO and the Prime Minister at a high-level Meeting in 2011. In the Declaration, Congolese authorities committed to, among other actions, implement corrective measures, concerning security at the sites, the fight against commercial poaching and the illicit exploitation of natural resources.

CorPPn will help combat the steady rise of poaching, which mostly affects African elephants and rhinos and continues due to growing illegal trade in wildlife fauna and flora-species. Intensive cooperation is needed to ensure effective action against these threats to the integrity of World Heritage sites, and to fight this scourge affecting several Member States in Africa.