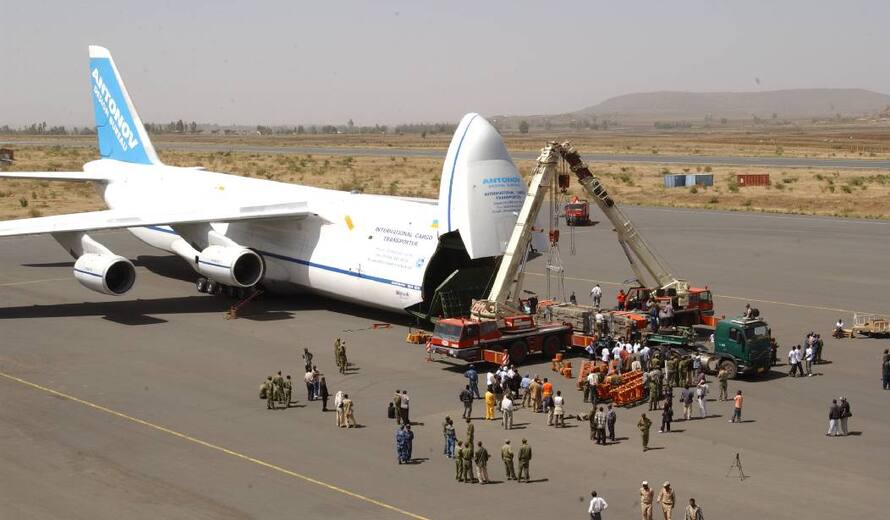 The first of three parts of the Aksum obelisk arrived in Ethiopia by airplane on April 19. The two other pieces of the obelisk, which has been in Rome since 1937, will be sent to Aksum (a World Heritage site) in the following days.

Following a mission of UNESCO experts who conducted a field evaluation, UNESCO is to draw up the project for the installation of the obelisk and the enhancement of the archaeological site. Archaeologists, anthropologists, engineers and geophysicians participating in the mission worked closely with experts from Ethiopian organisations.

“We found unexpected riches in the ground of the Aksum site,” stated Elizabeth Wangari of the World Heritage Centre, who took part in the mission. “The latest technology enabled us to penetrate the ground to a depth of 6 metres. We discovered underground chambers and important archaeological remains. Therefore, we must perform further studies before we can proceed with the erection of the obelisk.”

Preparatory work at the Aksum site must take place before the reinstallation of the obelisk, expected to take place in a few months. This project was made possible by the collaboration of Ethiopia, Italy and UNESCO.