Inauguration Ceremony for the Aksum Obelisk 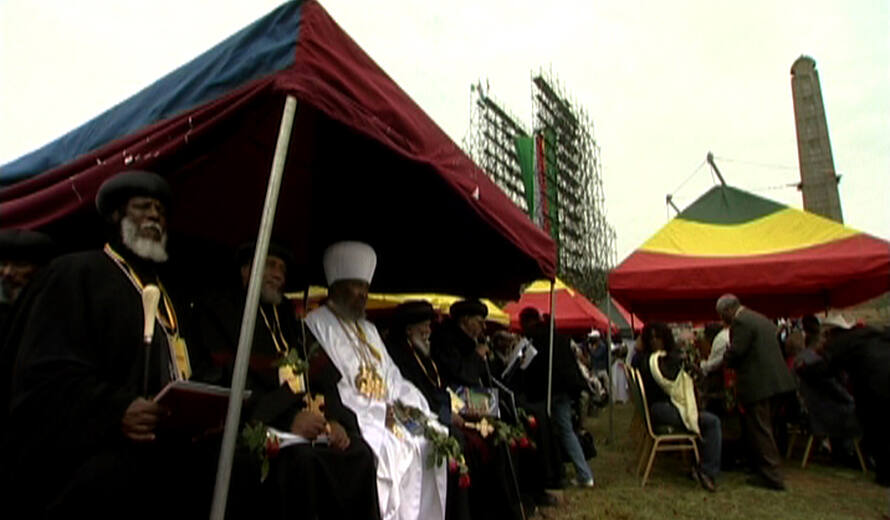 “It is a technical achievement but it is also a source of pride because it shows that cultural heritage can be a true instrument for reconciliation,” Ms Rivière explained.

Taken to Rome by the troops of Mussolini in 1937, the Obelisk was shipped back to Ethiopia in April 2005 by the government of Italy, which funded the operation. The third and last block of the Aksum Obelisk was successfully mounted by a team of experts led by UNESCO on 31 July.

Weighing 150 tons, the 24-metre high monument is the second largest stele on the Aksum World Heritage site close to the border with Eritrea.

Francesco Bandarin, Director of UNESCO’s World Heritage Centre, also attended the ceremony pointing out that cooperation between UNESCO and Ethiopia would continue over this project: “We need to reinforce the management of the site and we need to train conservation professionals,” he said. “This is a long-term project, and we will certainly continue cooperating over it in the future.”

The 1,700 year-old Obelisk has become a symbol of the Ethiopian people's identity and its reinstallation and inauguration gave rise to extensive celebrations in the country.