The Sikhote-Alin mountain range contains one of the richest and most unusual temperate forests of the world. In this mixed zone between taiga and subtropics, southern species such as the tiger and Himalayan bear cohabit with northern species such as the brown bear and lynx. After its extension in 2018, the property includes the Bikin River Valley, located about 100 km to the north of the existing site. It encompasses the South-Okhotsk dark coniferous forests and the East-Asian coniferous broadleaf forests. The fauna includes species of the taiga alongside southern Manchurian species. It includes notable mammals such as the Amur Tiger, Siberian Musk Deer, Wolverine and Sable. 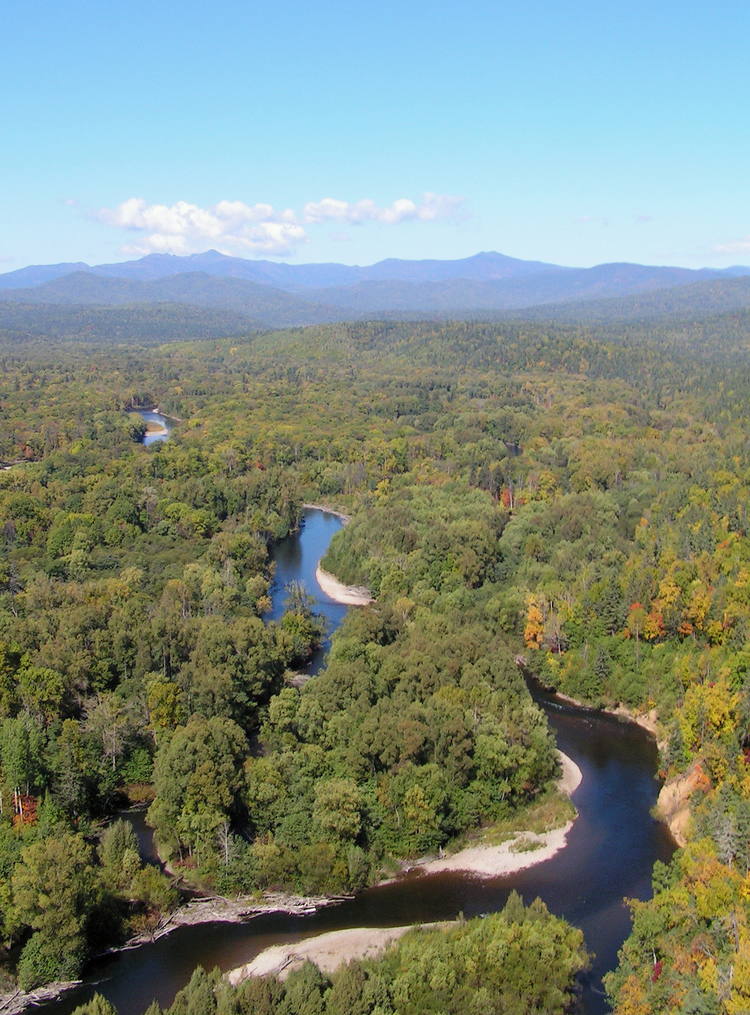 The Sikhote-Alin Mountains are a remote mountain range in the temperate zone of the Russian Far East stretching across some 1,000 kilometres along the Sea of Japan to the northeast of Vladivostok. The serial property brings together three protected areas in the central part of the mountain range, inscribed in two steps. The strictly protected Sikhote-Alin Zapovednik (401,428 ha) was inscribed in 2001, jointly with the much smaller Goralij Wildlife Reserve on the coast (4,749 ha), which includes some 2,900 ha of marine territory. In 2018, the inscription of Bikin National Park added some 1.2 million hectares as a serial extension, thereby almost quadrupling the property’s surface area to an impressive 1,566,818 ha. The property is situated within the “Primorye Centre of Plant Diversity” at the biogeographic meeting point of fauna and flora from the taiga, temperate forests and the subtropics. It harbours representations of some of the globally most diverse and intact temperate mixed and broadleaf forests, known as the Ussuriyskaya or Ussuri Taiga, part of the Manchurian Forests. Building upon an earlier traditional use zone, Bikin National Park grants far-reaching resource use rights to indigenous peoples who were instrumental in preventing large-scale logging in the middle and upper reaches of the Bikin River Valley prior the declaration of the national park. The livelihoods and culture of local communities and the indigenous Udege, Nanai and Orochi peoples continue to be closely linked with the forest landscape.

Beyond its sheer size, the serial extension is significant as World Heritage protection now applies to both main slopes of the range, which are markedly distinct in terms of relief, climate, vegetation, landscape and biodiversity. The altitudinal gradient ranges from sea level to some 1,900 m.a.s.l., adding further ecosystem and habitat diversity. The mountains are renowned for extraordinarily high numbers of plants and invertebrates by the standards of temperate regions and a high degree of endemism. The Amur Tiger, the world’s largest cat also known as the Siberian Tiger, is the most spectacular representative of the fauna. The Sikhote-Alin Mountains are home to almost the entire remaining population of this endangered and culturally revered tiger subspecies, the undisputed flagship and umbrella species of the region.

Criterion (x): Despite ongoing large-scale logging in the region, much of the Sikhote-Alin Range continues to be covered in natural vegetation with large remnants of intact forests in its less accessible reaches. The property boasts intact representations of one of the world’s most diverse temperate forest landscapes on both the eastern and western slopes of the central Sikhote-Alin Mountains. Forest types vary according to aspect and along the altitudinal gradient from sea level to almost 2,000 m.a.s.l., transitioning into tundra vegetation in the highest elevations. The combination of glacial history, location, climate and relief has permitted the evolution of highly diverse temperate forests with unique species assemblages showing boreal, temperate and subtropical faunal and floral elements, recognized as a global “Centre of Plant Diversity”. The recorded 1,200 species of vascular plant species, including some 180 trees and shrubs, is extraordinarily high for a temperate forest and comprises numerous endemics. The more than 400 documented vertebrate species include an impressive 65 mammal species. For several of these, the mountain range is either the southernmost distribution limit, for example for Wolverine, or the northernmost, such as for the majestic Amur Tiger. For the latter, and many other species, Central Sikhote-Alin is of critical conservation importance. Further notable and charismatic species include the long-tailed Goral Goat, Siberian Musk Deer, both Himalayan Black Bear and Brown Bear, Lynx, as well as spectacular, endangered birds like the Blakiston’s Fish-Owl, the world’s largest owl, the scaly-sided Merganser and the red-crowned Crane.

When the Sikhote-Alin Zapovednik was first established in the 1930s, it was the largest strictly protected area in Russia and encompassed what is today Bikin National Park within its boundaries. Following major reduction in size in the 1950s, the zapovednik was subsequently enlarged again to its present size. The combination of large surface area, remoteness, difficult access and longstanding protection status has ensured the effective conservation of the zapovednik as a significant example of the eastern slope of the mountains facing the Sea of Japan. While the Goralij Wildlife Reserve adds important complementary coastal and marine conservation values to the serial property, it is more vulnerable to threats and edge effects. The inscription of Bikin National Park as a serial extension has strongly increased both the scale and ecological representativeness of protected lands. The roadless national park’s large scale, relative isolation and spatial configuration in line with the natural boundaries of the middle and upper reaches of the Bikin River watershed make for a high degree of naturalness and integrity. Historic human impacts include high levels of trapping for the fur trade and escape of farmed American mink into the wild decades ago.

The three protected areas jointly constituting the serial property are all state-owned in their entirety. The main drivers of forest loss and degradation in the region, industrial logging and mineral exploration and extraction, are legally excluded throughout the property. The history of the Sikhote-Alin Zapovednik dates back to the 1930s; like all federal strictly protected areas in the Russian Federation, it is administered by the Ministry of Natural Resources and Environment in line with federal protected area legislation and specific regulations, whereas the relatively small Goralij Wildlife Reserve is administrated by a regional Hunting Department as a species management area. The more recent extension followed the creation of Bikin National Park in 2015 and the approval of corresponding regulations in 2016. A noteworthy particularity of Bikin National Park is the granting of far-reaching subsistence hunting and harvesting rights to indigenous peoples within substantial zones of the national park based on longstanding negotiation predating the establishment of the national park. The expectation is that indigenous peoples have strong incentives to restrict resource use to sustainable levels and play an important role in terms of defending their resources against poaching and illegal harvesting. The indigenous use rights are not derived from national park status per se, but based on corresponding stipulations in the applicable decree, which makes them potentially vulnerable to legal and policy changes. The overarching coordination of the management of the three components of the serial property is of utmost importance, fully taking into account that each has its own management category and that two governmental levels are involved. The small Goralij Wildlife Reserve is the most vulnerable component due to its small size and comparatively easy access.

The Amur Tiger has been fully protected from hunting since 1947. Past population collapses, in part due to poaching, are a reminder of the vulnerability of this iconic flagship species.  Permanent and major efforts within and beyond the property are needed to prevent the extinction of the species, including, but not limited to, law enforcement. Some poaching, illegal fishing and illegal harvesting are reported, requiring decisive management responses. Other concerns include fires, the importance of which may increase in light of anticipated climate change and improved access to the mountain range. As pressure on timber, medicinal plants and wildlife in the broader forest region is expected to further increase, the future integrity of the property will depend not only on the effectiveness of managing the three component parts, but on coordinated management of the entire serial property and its buffer zones. Similarly, the consolidation of the growing protected area network in the region is an investment in the integrity of the property; some of the protected areas in the region may be considered as potential further serial extensions of the property in the future. Efforts to maintain connectivity at the landscape level, including but not limited to effective buffer zone arrangements and measured land and resource use are needed to ensure the future integrity of the property and the survival of its flagship, the Amur Tiger. It is clear that the latter requires the continued involvement of all sectors and governmental levels, as well as of local communities and indigenous peoples.